'All the best to team India,' says Gautam Gambhir ahead of Cricket World Cup 2019 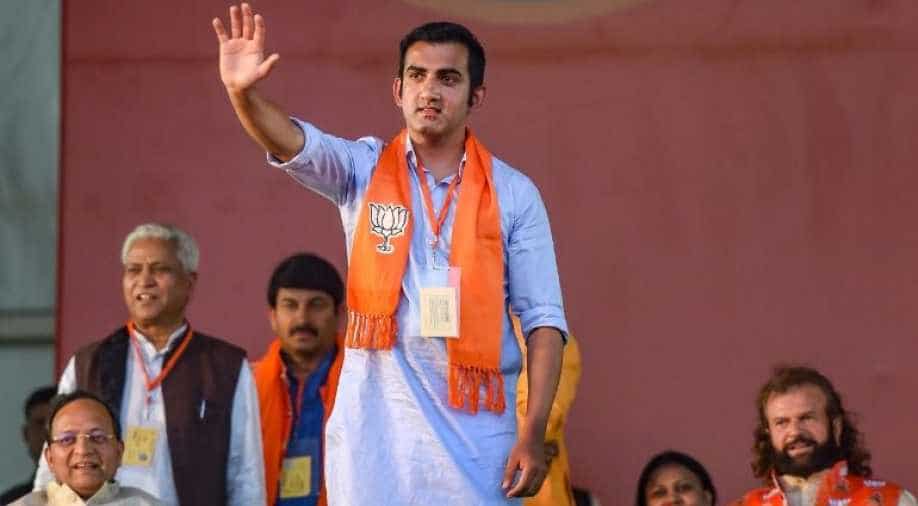 'Two points are not important than the lives of our soldiers but for this, the entire country needs to be on the same page,' says Gambhir

Former cricketer Gautam Gambhir, who won the Lok Sabha 2019 election from East Delhi constituency, said losing two points by not playing against Pakistan is nothing compared to lives of our soldiers.

"We can’t play with the sentiments of our country," he told Zee News Hindi when asked if India should play the World Cup match against Pakistan.

"Two points are not important than the lives of our soldiers but for this, the entire country needs to be on the same page. We should have the courage to lose points even it's the first match or the finals," he added.

"Even if we boycott playing the World Cup final against Pakistan, the country must stand together, there can't be a difference of opinions," said Gambhir.

"There should not be any backlash for the decision taken," the former India opening batsman added.

In the wake of the Pulwama terror attack in which 40 Central Reserve Police Force (CRPF) personnel were killed, there have been calls for a complete cricketing boycott against Pakistan.

India and Pakistan have not played a full bilateral series after the Mumbai terror attacks in November 2008.

Reflecting on the same, Gambhir said, "There should not any conditional ban on Pakistan. If we want to play against Pakistan than it should be in every format as there's no room for conditional bans."

"Either we should ban Pakistan from all the formats or the should play cricket or other sports in all formats," he added.

India will play two warm-up matches against New Zealand and Bangladesh on May 25 and May 28 respectively before starting their World Cup campaign against South Africa on June 6.

The team is scheduled to play Pakistan on June 16 during the World Cup.

Ahead of the World Cup, Gambhir wished the Indian cricket team all the best. He said, "In 2011, we won the Cup and now again we have a chance to bring the Cup back."

Gambhir was part of the 2007 T20 World Cup winning squad and played a key role in India's triumph in the 2011 World Cup.

There is no bigger achievement than representing your country in the World Cup and I wish that the Cup comes back in India, he added.