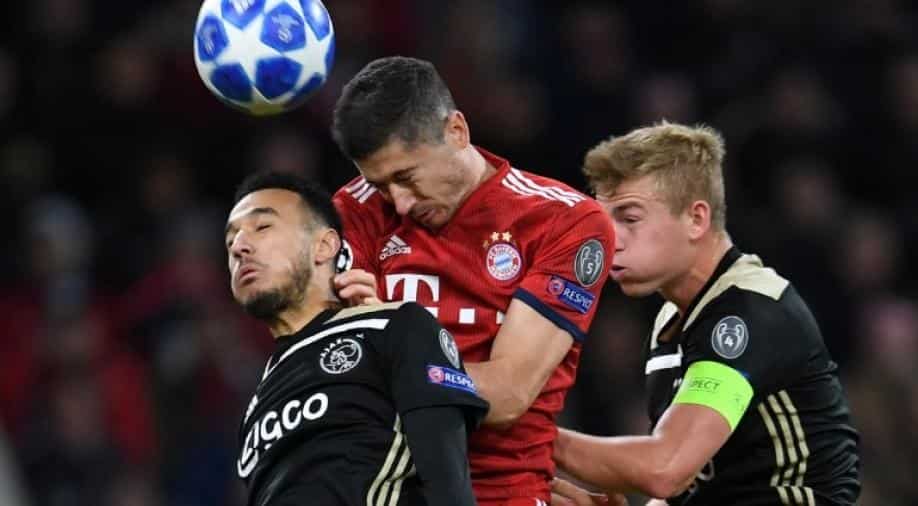 The visitors had the better chances in their bid to become the first Dutch club ever to win at Bayern having fallen behind early on to a Mats Hummels header.

Fullback Noussair Mazraoui earned a youthful Ajax side a 1-1 draw at misfiring Bayern Munich in their Champions League Group E clash at the Allianz Arena on Tuesday.

The visitors had the better chances in their bid to become the first Dutch club ever to win at Bayern having fallen behind early on to a Mats Hummels header.

Bayern struggled to build on their advantage and their recent slump continued as they battled to keep a vibrant Ajax at bay. Bot teams moved to four points from their two games.

They began well with Hummels given space in the box to head home an excellent Arjen Robben cross.

But Ajax, captained by 19-year-old Matthijs de Ligt, showed no signs of wilting and were level midway through the first half with an expertly-worked equaliser.

Mazraoui played a one-two with Dusan Tadic and sprinted into the box to score his first goal for the club.

Hummels was given another free header, this time from a corner, but planted his effort over the bar, while a rasping 35-yard shot from the lively Hakim Ziyech stung the palms of Manuel Neuer in the home goal.

Tadic should have put Ajax ahead just after halftime when he was left unmarked inside the box, but could only provide a weak volley from David Neres's cross with just Neuer to beat.

Lasse Schone then saw his late free kick palmed onto the crossbar by a diving Neuer.

Bayern have now gone three gakes without a win in all competitions.