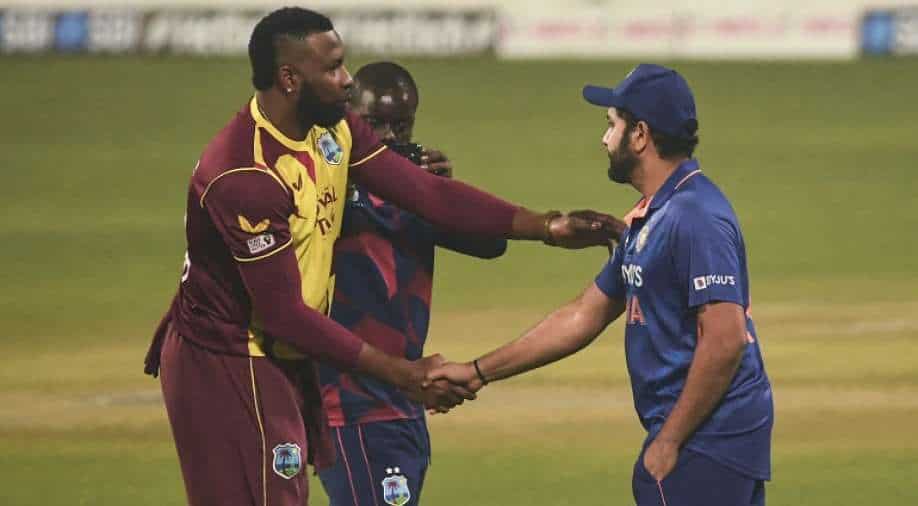 Team India will look to end the series on a high note when they play against West Indies in the third T20I.

Having defeated West Indies 3-0 in the ODI series, Team India will look to replicate the same when the two sides meet in the third and final T20I on Sunday.

India defeated West Indies in the second T20I on Friday on the back of Virat Kohli and Rishabh Pant's fifties.

However, Team India will be missing the services of Kohli and Pant as both have been given bio-bubble break by the BCCI.

While India will eye for a clean sweep, the hosts will also try different combinations in the absence of Kohli and Pant.

On the other hand, West Indies will look to end the tour of India on a high by winning the third and final T20I on Sunday.

The visitors have not won a single game and will definitely look to seal the dead rubber to open the account in the white-ball leg.

Coming back to Team India, after the win in the second ODI, Pant said young batter Venkatesh Iyer is a mature cricketer, who reads the situation very well.

"When you come down the order, you know the situation. He (Iyer) is someone who reads the situation really well. We talked about keeping it simple and not trying too many things. The plan was simple, see the ball, hit the ball," said Pant in the post-match press conference.

"He (Iyer) is a mature cricketer. He used to play down the order for MP. Yes, in the IPL he is opening, but we can't be thinking too much about that. In the Indian team, we are just trying to find different positions for different people," he added.