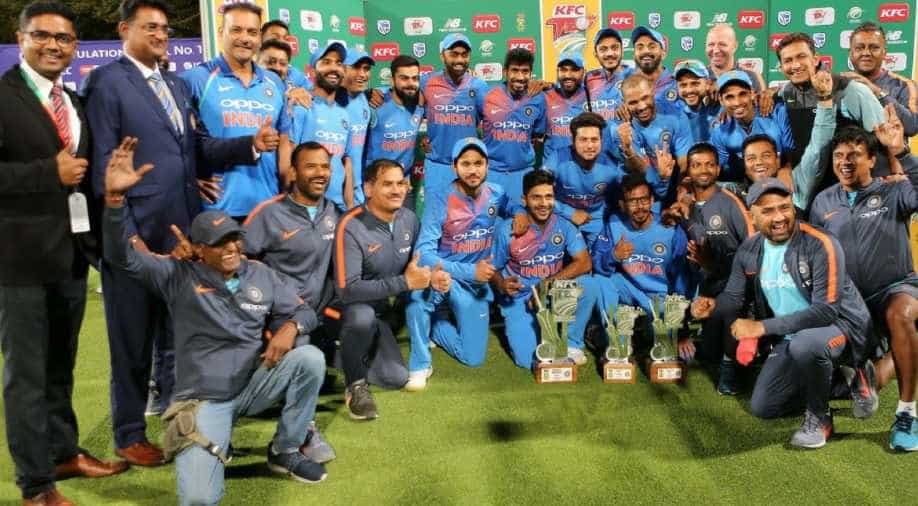 India won the final T-20 International match by 7 runs and claimed the series by 2-1 at Newlands, Cape Town on Saturday. In a nail-biting match, where the last over decided the result India outplayed the Proteas to clinch the trophy and end the South Africa tour in style. The match was crucial for both of the teams as they both were eyeing to win the final clash to claim the trophy but it was India, who manifest the intent of winning and emerging as a champion.

Although India did not start off the innings well as the interim skipper Rohit Sharma lost his wicket early and also other batsmen could not produce results.

After winning the game Rohit Sharma said, "Throughout the series, we showed a lot of intensity, which helped us get those crucial wins. We never backed down from whatever situation we were thrown in."

Dhawan scored 47 runs off 40, Raina played a breezy knock of 43 runs off 27 balls. Apart from the two, no other player managed to reach the 30-run mark. Wicketkeeper-batsman Mahendra Singh Dhoni (MSD) too fell off for 12 runs after playing 11 balls.

Debutant Jonker scared Indian bowlers as he scored 49 massive runs off 24 at a very crucial time. Being a new batsman, he startled Indian bowlers because none of the strategies were working against him. His knock gave chills to Indian pacers but it was Bhuvneshwar who took his wicket on the last delivery by edging the ball in the safe hands of Rohit Sharma.

For South Africa, captain JP Duminy tried to salvage South Africa and provided a support to the team by scoring 55 runs. He found a determined ally in David Miller and together they scored 35 runs for the team but Raina, who was awarded player of the match for scoring quick 43 runs took Miller's wicket and saw him off.

The 3rd T20I Player of the Match award goes to @ImRaina after a dynamic batting display and a crucial wicket with the ball! #SAvIND pic.twitter.com/mCjjc1cSOY

Bhuvneshwar Kumar received player of the series for taking 7 wickets with an average of 9.57 in the T-20 series.

India's @BhuviOfficial is the Player of the Series after 7 wickets in the series! Congratulations! #SAvIND pic.twitter.com/9j03WJpNpo

Read here what happend in the first innings.