Witchcraft helped us win against Pak, says Chandimal; get panned on social media 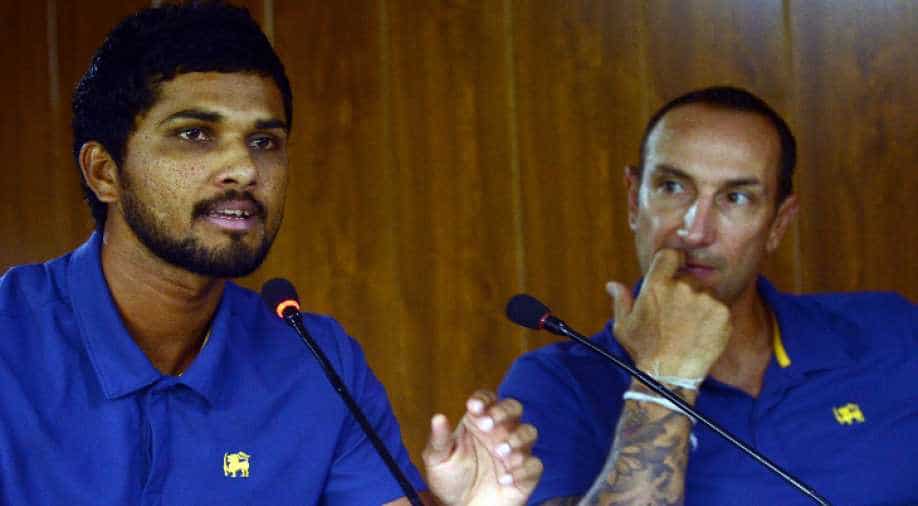 Chandimal told reporters he had received a special blessing from a meyni, or sorcerer, ahead of the two-match series in the United Arab Emirates Photograph:( AFP )

So Rangana Herath went to "Hogwarts" as well. ??

Now a sorcerer as match fixer

what happened to that witchcraft in one day and t20 series? magic finished???

Chandimal told reporters he had received a special blessing from a meyni, or sorcerer, ahead of the two-match series in the United Arab Emirates.

"I am always ready to accept the blessings of anyone -- whether it is a meyni or any clergy," Chandimal told reporters after returning to Colombo.

"You can have talent, but without this blessing you can't move forward."

His comments came a week after Sri Lanka's sports minister denied ordering the struggling national team to use witchcraft ahead of the Test series.

Dayasiri Jayasekara threatened to sue a sorcerer for claiming that at his request she cast a spell over Pakistan to ensure Sri Lanka's victory.

Former president Mahinda Rajapakse took the advice of his personal astrologer before calling an election two years ahead of schedule in January 2015, only to lose badly.

Chandimal said the sorcerer he consulted was the mother of a friend, and he was willing to accept her blessings. But since the Test victory, Sri Lanka have fared less well.

They lost 5-0 in the subsequent one-day series against Pakistan and also went down in a three-match Twenty20 series. Sri Lankan fans made fun of Chandimal and criticized his sorcerer online, with many calling her a fraud.

"You made predictions, tied talismans, held poojas, but finally we were humiliated," posted one social media user.