What needs to be done: Indian Railways and the Indian Budget 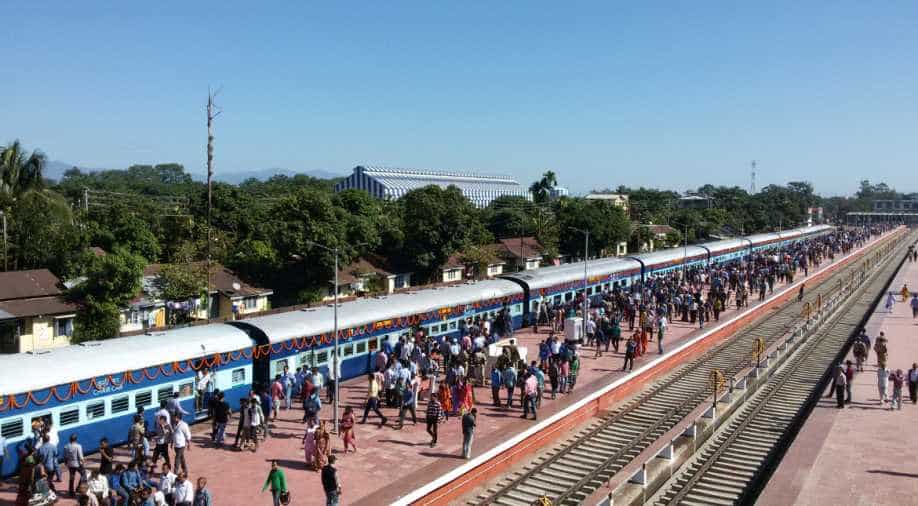 Indian political class has used the Railways as a tool to achieve their own objectives, rather than looking at the sustainability of the organisation Photograph:( Others )

By Harish Rao* and  Rahul Sheel**

The foundation of the present Indian Railways was laid long back in the mid-nineteenth century.  The British colonial regime initiated the railway development programme to improve accessibility to the far-flung regions of the nation, ostensibly to gain access to the vast resources of its colony. As it was managed by the British, it was a part of the erstwhile government finances. It isn’t a surprise then that the Railway Budget that has been carrying on since 1924, the year it was first presented, has been a colonial legacy.

Post-independence, the Indian Railways was thought of as a critical driver of the nation’s growth, and the separation of the railway budget from the general budget was continued.

Every year, the budget activity was treated as a ceremonious event to announce new projects and trains, most of which were seldom implemented and got tied to financial issues or bureaucratic red tape. The political class had used the ministry as a tool to achieve their own objectives, rather than looking at the long-term sustainability of the transporting organisation.

For a developing country harbouring its hopes on the railway network, one would expect its carrying capacity, and business to grow to match the growing aspirations of the nation. Unfortunately, this hasn't been the case.

When we compare metrics across other railway organisations, India lags both in terms of train-km per track-km as well as freight/passenger loading per track-km. The result had been a poor efficiency and effectiveness and, hence, the Railways have missed key market opportunities.

Being a monopoly in a growing market, the Railways continues to be a loss-making entity. The present minister has taken many positive steps, one of which is merging railway budget with the general budget. However, the government needs to do more to make up for the time lost and evaluate railways as a business with both economic and social objective.

On-time performance of the Indian Railway is as low as 19 per cent of the total trains, which is really poor by any standards

On-time performance of the Indian Railway is a challenge at any time of the year. While at the time of writing the article, the on-time performance (ie. trains running on-time or within 15 mins of delay) was as low as 19 per cent of the total trains (Source: Railradar), which is really poor by any standards. This is, in fact,  despite the more than required buffer time allocated in the time-table for many trains.

For now, the only reporting of on-time performance is a yes/no metric. In a geography as dense as India, if we want a substantial improvement, it can be accelerated through a data-driven approach. More granular data on the range of the delays would be needed to tackle the situation of train delays.

This data should not be categorised only at the level of trains but should be grouped as per multiple zones and sections. The data should further be available for local trains vs. long distance trains. Further, currently, there are several rules to classify delays that hide inefficiency of the system. For instance, train time of the outer signal is used rather than when it reaches the platform. If we need to improve the efficiency of the trains, there is a need to collect more granular data and do a thorough root cause analysis. This would help understand the true reasons for the delays and identify bottlenecks.

To increase speed, Indian Railways can begin by choosing a select number of stations and establish target service times for all travel between these stations

Evidently, from the white paper submitted by the government last year that over 40 per cent of the sections seem to be operating over 100 per cent capacity. Delving into calculations of line capacity, however, one can find many anomalies. A key question that the Railways needs to define is the true reason for defining capacities. If a significant number of lines are running at over capacity as per current data, then possibly it is time to revisit the assumptions that are being used to calculate capacity itself!

To increase speed, Indian Railways can begin by choosing a select number of stations and establish target service times for all travel between these stations. This would help them to clearly identify the bottleneck zones and move towards increasing average speeds in these sections.

Progressive targets would help them implement continuous improvement programs, the lessons from which could be implemented in other tracks as well. For example, the average journey time from Delhi to Chennai is approximately 33 hours. Targets could be set as getting this down to 30 hours by 2019, 28 hours by 2020 and so on. Doing this over many such identified routes would immensely help the railways in improving its performance metrics.

Contrary to common intuition, capacity augmentation and network safety go hand-in-hand. Incorrectly determined capacity of networks along with unclear performance metrics puts the system under immense pressure which leads to possible slip-ups. As railways goes about a systematic process of analysing its networks and improving them along with installing intelligent traffic operations technology, safety records would also show an improving trend. Current projects on eliminating all unmanned railway crossings would definitely add to the safety measures.

Freight tonnage has been almost stagnant over the past few years. Indiscriminate cross-subsidisation of passenger traffic by freight revenues has resulted in grossly overpriced freight charges (even when compared to other nations), leading to a shift towards roadways. Indian Railways loses 28 paise on every passenger-km and gains 50 paise on every tonne-km of freight.

Subsidisation of passenger services coupled with prioritisation of passenger services has resulted in a severe reduction in internally generated resources for the railways. Given the advent of e-commerce, Indian Railways seems to have completely missed out on a huge chunk of a highly profitable market. Non-prioritisation of goods services has resulted in unacceptable service levels, particularly in relation to delivery times.

The railways should restructure its freight division by identifying a select number of stations as hubs and prioritising freight traffic in these sections. This can help them give a service level assurance to the customers. Entering into agreements with large courier firms would help solve the hub-to-customer delivery problems. Freight traffic growth must be prioritised by Indian Railways. A service level guarantee based system could be a good starting point for attracting more freight business.

For an annual purchase, the hikes are insignificant, even for the poor

Fare increases on passenger services have long been suppressed due to criticism from various quarters as a burden on the poor. Long journeys on railways are not frequent for the poor. It is mostly an annual event. For an annual purchase, the hikes are insignificant, even for the poor. Opposition to the hikes is the most from daily travelers. The question that needs to be answered is whether after 70 years of independence, should the IR be responsible for these short distance travels?

Now that the ceremonial rail budget event has been scrapped, it is the right time to evolve a national transport policy that clearly delineates the objectives of the different modes of transport.

Short haul trains are slower and drastically reduce the overall line capacity of the train network. These are not beneficial for IR. Given the rapid growth in road networks (existing as well as planned), IR must re-evaluate its short haul offerings and work with respective state governments to alleviate itself of this unnecessary burden.

Over the last 70 years, IR had the sole responsibility to reach remote corners of the country. A village is considered unconnected if there is no direct train reaching it. It is high time that this notion is discarded and connectivity is made the responsibility of the entire public transport infrastructure of the nation, rather than IR’s alone.

Internal resources (fares) and extra-budgetary resources (PPP revenue) have been only around 50 per cent of the overall IR budget for the last 4-5 years. The rest is being made up through budgetary support from the government, A targeted program to reduce budgetary support must be planned. This will enable IR to focus on their key revenue generation activities and strengthen them.

The current structure of the Indian Railways limits transparency and accountability

Constituting an independent fare revision board would also be a laudable move at this juncture. But over a longer term horizon, IR must prepare to move to a truer dynamic pricing model (akin to airlines) which responds to actual demand-supply gaps rather than the one adopted by them now. Deeply discounted fares (non-refundable) would help address the issues of the poor being adversely affected and the higher revenues at higher capacities would reduce the subsidy provided to passengers.

Given the objectives listed above, it is imperative that the organisation structure of the Indian Railways is revamped. Needless to say, IR definitely needs to rationalise staff strength along with increasing operation kilometers in both freight and passenger segments. These steps are needed to improve the employee productivity ratio, which is one of the lowest if we compare it with geographies such as China, Japan, and Russia.

Looking at the overall organisational structure of IR, the current structure has the Railway Board at the top overseeing all important work and they are divided as per the functions such as traffic, mechanical, engineering etc. Although the Indian Railways has recently decided to limit the functioning of the Railway Board to everyday operations, it is still not organised into verticals such as Passenger, Freight, etc. As these verticals are distinct businesses with different strategies and objectives, they are not able to achieve their full potential with the current organizational structure.

The current structure limits transparency and accountability and, therefore, the innovation and entrepreneurship that could have happened if they have structured themselves under these verticals are missing. Rather than just assigning more decision making to zones, Railways need to develop an intricate system, coordinating these verticals with the zones, and emphasising clear accountability lines.

Just as every organisation has key metrics to assess its performance, it is vital that Indian Railways develops appropriate metrics to re-engineer its processes. In a highly data-driven world, we expect the Railway management to adopt a scientific and data driven approach to understand and resolve its issues. In adversity lies opportunity and there are miles to go before the Indian Railways can regain its lost advantage in India.

**Rahul Sheel is member of the faculty at XLRI - Xavier School of Management, Jamshedpur. He specialises in Organisational Behaviour.