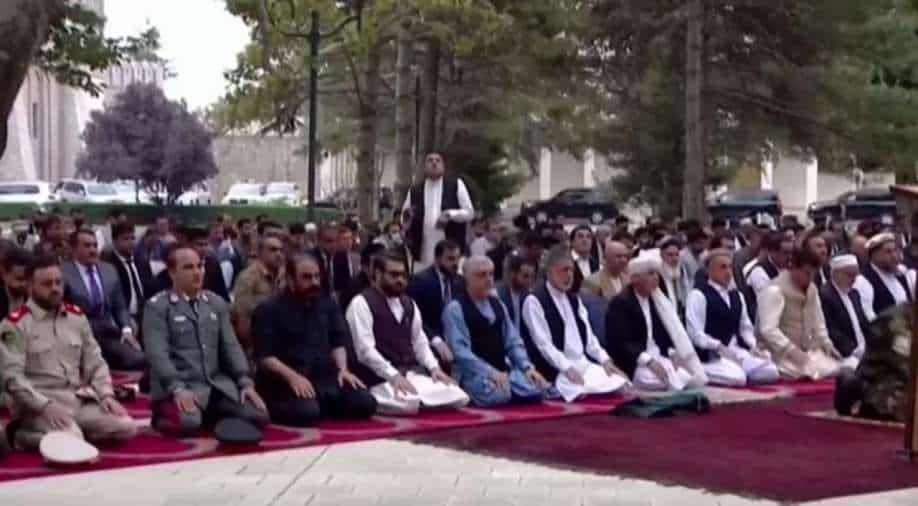 No one was hurt, and the rockets landed beyond the strongly protected palace grounds, according to Mirwais Stanikzai, the interior minister's spokesman.

At least three rockets were fired near the presidential palace, minutes before Afghan President Ashraf Ghani was to deliver a speech marking the Muslim festival of Eid-Adha.

The rockets hit just as President Ghani was about to deliver an address on the Eid holiday.

Multiple loud explosions were heard within the property, according to regional news outlets, disrupting an outside prayer gathering.

As the prayers proceeded, rocket bursts could be heard in the background. Ghani was present at the site.

No one was hurt, and the rockets landed beyond the strongly protected palace grounds, according to Mirwais Stanikzai, the interior minister's spokesman.

Video by national TV shows the moment rockets landed near the Presidential Palace during Eid prayers this morning. pic.twitter.com/WmEniyfLfM

No one claimed responsibility for the rocket attack, which appeared to be more meant to agitate than to cause damage.

The barrage comes as the United States and NATO finish their troop withdrawal from Afghanistan, leaving Afghans fearful that their war-torn country would descend further into disorder and violence.

In a speech earlier this month, President Joe Biden stated that the withdrawal is more than 95 per cent complete and that the last US soldier will leave by August 31.