Video: Another man thrashed in MP, allegedly by 'gau rakshaks' 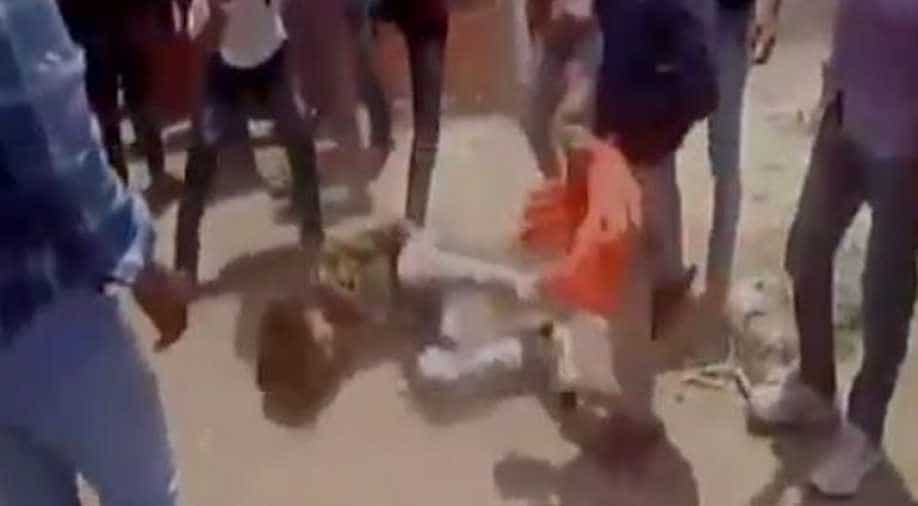 The video, which is over two minutes long, shows the mob slapping, kicking and beating the victim with belts. ? Photograph:( ANI )

Another video has surfaced of a man being thrashed in Ujjain, MP, allegedly by 'gau rakshaks'

Another video has surfaced of a man being thrashed by a mob in Ujjain, Madhya Pradesh.

The mob is allegedly made up of 'gau rakshaks' or cow protectors.

The video, which is over two minutes long, shows the mob slapping, kicking and beating the victim with belts.

ANI reported that police have arrested four of the attackers, and that a search for the others is underway.

Hindus consider the cow sacred, and the killing of cows is prohibited in most Indian states.

There has been a slew of attacks by gau rakshaks since the right-wing Narendra Modi government came to power in May 2014.

The attacks have resulted in a number of deaths. Most recently of the 55-year-old Pehlu Khan in Alwar, Rajasthan.

The victims are usually always Muslim, with the gau rakshaks accusing them of transporting the cows for slaughter.

That usually turns out to not be the case.

Pehlu Khan, for example, turned out to be a dairy farmer.

The cows he was transporting had been bought by him at a cattle fair in Jaipur -- he had the papers to prove it.

He was not transporting the cows for slaughter but was taking them home to Haryana, where they would have been reared as milch cattle.