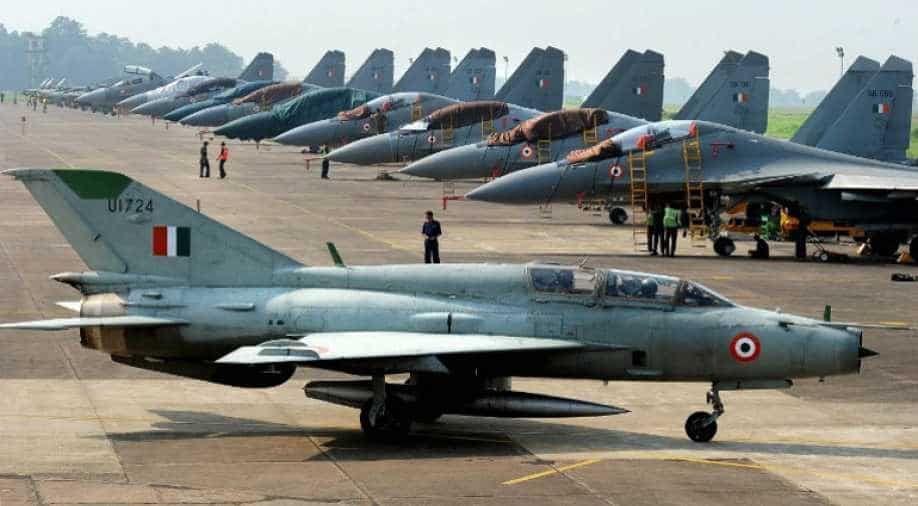 Eight fighter jets of the Indian Air Force touched down -- with some trouble -- on India's longest expressway Monday, to inaugurate it.

Also in attendance were Akhilesh Yadav, the chief minister of Uttar Pradesh state and his father Mulayam Singh Yadav whom Akhilesh is currently feuding with for control of the Samajwadi Party.

Mulayam did the honours, inaugurating the Agra-Lucknow expressway at Unnao, about 50 kms from the Uttar Pradesh state capital of Lucknow. The expressway runs through Uttar Pradesh.

The jets used to jazz up the occasion were Sukhois and Mirage 2000s. They skimmed the expressway before taking off again.

The first jet to try and land, a Sukhoi, was unable to do so because of a stray dog on the road. (It would have been difficult to predict that.)

The 305-km expressway was completed in a record 23 months. It is tipped to reduce travel time between the national capital Delhi and the Uttar Pradesh state capital from nine hours to around five.