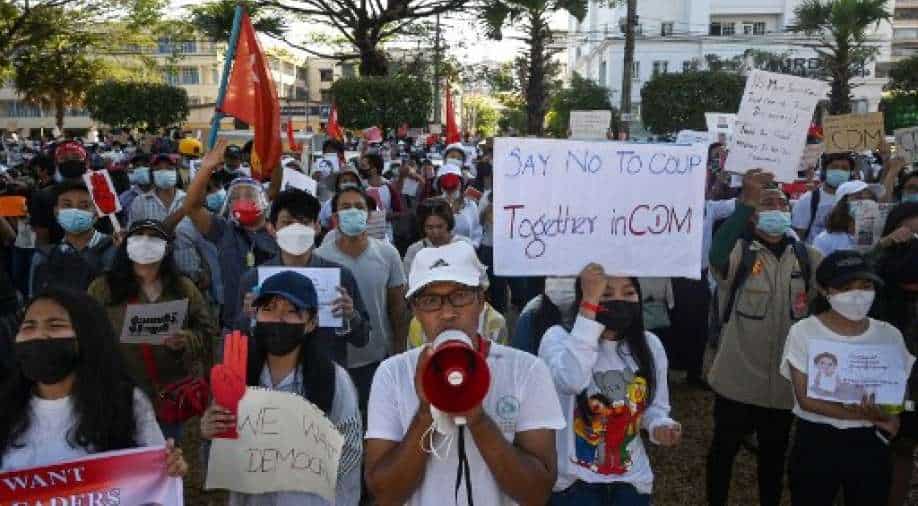 More than 350 officials, activists, journalists, monks and students have been detained, according to Nada al-Nashif, deputy U.N. High Commissioner for Human Rights.

He warned that any sanctions imposed over the coup in Myanmar must be "carefully targeted" against those responsible, to avoid harming vulnerable people.

"Any sanctions under consideration should be carefully targeted against specific individuals who are credibly alleged to have violated the people's rights," al-Nashif said.

"Leaders of this coup are an appropriate focus of such actions," she said, adding that "it is of critical importance that no harm should be inflicted on the most vulnerable people in the country."

She was addressing a special session of the council urgently called for by Britain and the European Union to address the situation in Myanmar after the military there seized control on February 1.

The new US sanctions target Min Aung Hlaing and other top generals, after President Joe Biden announced his administration was cutting off the military's access to $1 billion in funds.

Meanwhile, Supporters of Suu Kyi clashed with police on Friday as hundreds of thousands joined nationwide pro-democracy demonstrations in defiance of the junta's call to halt mass gatherings.

More than 350 officials, activists, journalists, monks and students have been detained, according to Nada al-Nashif, deputy U.N. High Commissioner for Human Rights.

Myanmar Ambassador Myint Thu said Myanmar would continue to cooperate with the United Nations and uphold international human rights treaties, adding: "We do not want to stall the nascent democratic transition in the country."