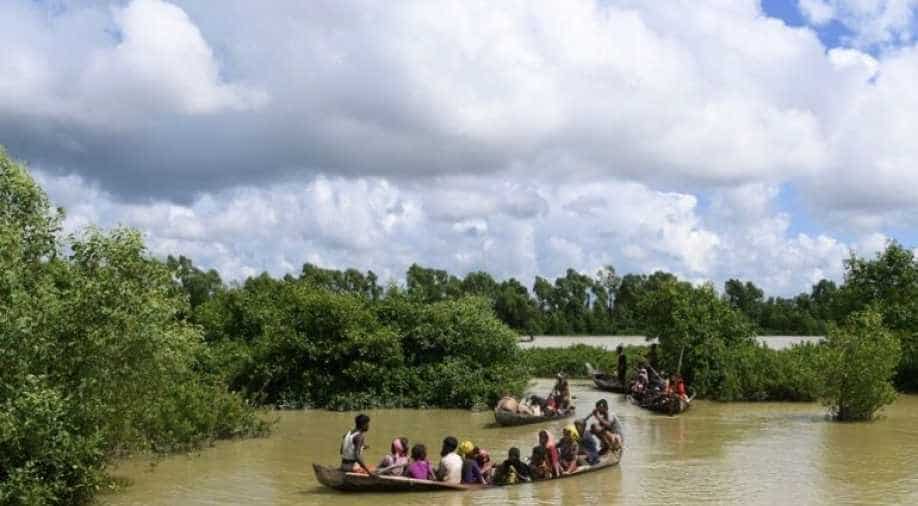 Rohingya refugees arrive on boats after crossing the Naf river from Myanmar into Bangladesh in Whaikhyang on October 9, 2017 Photograph:( AFP )

Two boats carrying hundreds of Rohingya refugees have been stranded outside of Bangladesh for the last few weeks.

International authorities are now urging Bangladesh government to allow entry of the boats via its ports which have been shut in the face of COVID-19.

It is feared that most of these people would now not require food and water, but also urgent medical care.

According to The Guardian, over 500 people including children are onboard the boats, which were recently spotted in the Bay of Bengal.

Last week, Abdul Momen, the Foreign Minister of Bangladesh refused to allow entry of boats into the country and announced, “Bangladesh is always asked to take care of the responsibility of other countries.”

Earlier in April, another boat was rescued by Bangladesh. According to reports, the boat was stranded in the ocean for over two months and was heading to Malaysia.

The charity responsible for treating them - Médecins Sans Frontières claimed that the boat had 400 survivors, mostly youngsters aged between 12 and 20. On that boat alone, over 70 had died.

According to MSF, most of the survivors were on the verge of death when they were rescued.

This particular boat was trying to escape the horrid living conditions in Cox Bazar, Bangladesh where Rohingya have been placed in overcrowded camps. 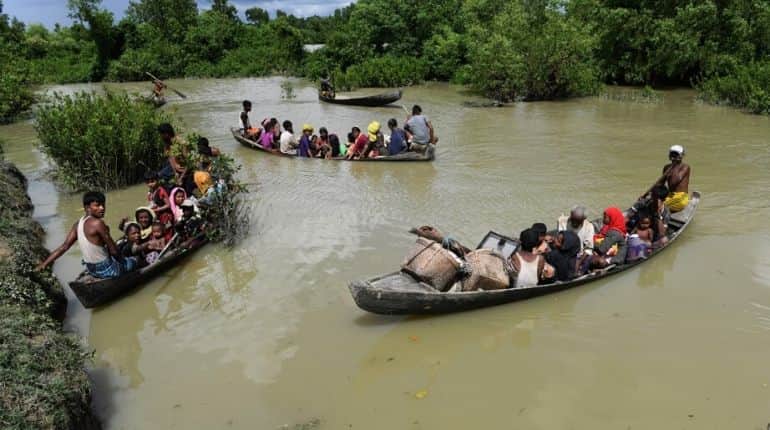 Rohingya refugees arrive on boats after crossing the Naf river from Myanmar into Bangladesh in Whaikhyang on October 9, 2017 | AFP

As of now, only two boats have been spotted by authorities, but they fear that many more such boats could be drifting in the ocean.

Michelle Bachelet, the UN High Commissioner for Human Rights recently wrote to Momen, and referred to the situation as “a human tragedy of terrible proportions”.

“I appeal to you in the strongest terms to open your ports and allow the boats to land… The reportedly more than 500 men, women and children aboard these boats have been at sea for an extended period of time, and we understand that they require urgent rescue, food, medical care and other necessary humanitarian assistance”, she added.

The boat, like many others was turned away by Malaysia due to the fears triggered by the coronavirus pandemic.

Momen further retorted by claiming that Bangladesh could not rescue any more people, adding that the country had “no room to shelter any foreign people or refugees”.

Over 700,000 Rohingya fled from Myanmar where an ethnic cleansing began in August 2017.