Taliban hardliners turning back the clock in Afghanistan 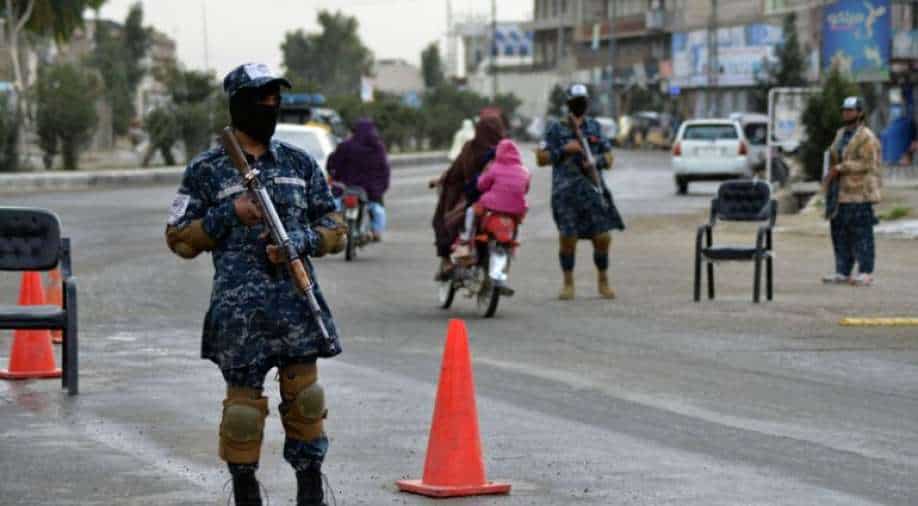 Since the Taliban seized control of the country in mid-August, during the last chaotic weeks of the US and NATO pullout after 20 years of war, the international community has been concerned they would impose the same strict laws as when they previously ruled Afghanistan Photograph:( AFP )

According to a senior Taliban official and Afghans familiar with the Taliban's leadership, the push to return to the past which resulted in the edicts emerged from a three-day meeting last week in the southern city of Kandahar, the birthplace of the Taliban

Taliban hard-liners are turning back the clock in Afghanistan with a flurry of repressive edicts over the past days that hark to their harsh rule from the late 1990s.

Girls have been banned from going to school beyond the sixth grade, women are barred from boarding planes if they travel unaccompanied by a male relative. Men and women can only visit public parks on separate days and the use of mobile telephones in universities is prohibited.

It doesn't stop there.

International media broadcasts including the Pashto and Persian BBC services, which broadcast in the two languages of Afghanistan are off the air as of the weekend. So are foreign drama series.

The latest assault on women's rights came earlier this month, when the all-male and religiously driven Taliban government broke its promise to allow girls to return to school after the sixth grade. The move stunned much of the world and many in Afghanistan especially after the Taliban had given all the necessary assurances that this was not going to happen.

The United Nations has called the banning of international media broadcasts "another repressive step against the people of Afghanistan.

The website of the BBC Pashto service said it was a worrying development at a time of uncertainty and turbulence.

More than 6 million Afghans consume the BBC's independent and impartial journalism on TV every week and it is crucial they are not denied access to it in the future, BBC World Services' head of languages Tarik Kafala said in a statement Sunday.

On Monday, members of the Taliban vice and virtue ministry stood outside government ministries, ordering male employees without traditional turbans and beards seen as a symbol of piety to go home. One employee who was told to go home said he didn't know if and when he would be able to return to work. He spoke on condition of anonymity, fearing for his safety.

According to a senior Taliban official and Afghans familiar with the Taliban's leadership, the push to return to the past which resulted in the edicts emerged from a three-day meeting last week in the southern city of Kandahar, the birthplace of the Taliban.

They say the edicts stem from the demands of the Taliban's hard-line supreme leader, Haibatullah Akhundzada, who is apparently trying to steer the country back to the late 1990s, when the Taliban had banned women from education and public spaces, and outlawed music, television and many sports.

The younger among the Taliban do not agree with some of these edicts but they are not comfortable contradicting the elders, said Torek Farhadi, an analyst who served as adviser to previous Afghan governments. Farhadi, who has been in contact with Taliban officials since their return to power, did not elaborate.

The more pragmatic among the Taliban are resisting the edicts or at least silently ignoring them, Farhadi said.

Since their takeover of the country, the Taliban have been trying to transition from insurgency and war to governing, with the hard-liners increasingly at odds with the pragmatists on how to run a country in the midst of a humanitarian crisis and an economy in free fall.

The Taliban leadership today is different from the one-man rule of Mullah Mohammad Omar, the reclusive founder of the Taliban movement in the mid-1990s who reigned with a heavy hand. A divide is growing between some within the old guard, who uphold the harsh rule of the past and a younger generation of Taliban leaders who see a future of engagement with the international community.

The younger generation sees rights for both men and women, though still within their interpretation of Islamic law but one that allows school for girls and women in the workforce.

The younger Taliban need to speak up, said Farhadi.

Still, Akhundzada has modelled himself on Mullah Omar, preferring to stay in remote Kandahar, far from the eyes of the public, rather than rule from the Afghan capital of Kabul. He also adheres to Pashtun tribal mores traditions where women are hidden away and girls are married off at puberty.

Akhunzada ran a madrassa, or a religious school, in Pakistan's border regions before his 2016 rise as the new Taliban leader. Those with knowledge of Akhunzada say he is unconcerned about international outrage over the latest restrictive Taliban edicts and about the growing discontent and complaints from Afghans, who have become increasingly outspoken.

It was Akhunzada who reportedly vetoed the opening of schools to girls after the sixth grade as the Taliban had promised to do in late March, at the start of the new school year. On Saturday, dozens of girls demonstrated in Kabul, demanding the right to go to school.
Ethnic Pashtuns elsewhere have resisted Taliban adherence to tribal laws. In Pakistan, where ethnic Pashtuns also dominate the border regions, movements such as the Pashtun Rights Movement have emerged to challenge backward tribal traditions and disavow Taliban interpretations of Islamic law.

Manzoor Pashteen, the movement's leader, has been an outspoken opponent and has accused the Taliban of hijacking ethnic Pashtun sentiments and misrepresenting their traditions and misinterpreting them as religious edicts.

Akhunzada's onslaught against progress comes at a time when the health of the Taliban-appointed prime minister, also a hard-liner, Hasan Akhund, is reported to be deteriorating. Akhund did not meet with China's Foreign Minister Wang Yi last week, when the top Chinese diplomat made a surprise one-day visit to Kabul.

Farhadi has hope the younger, more pragmatic Taliban leaders will find their voice and urged for an outreach to them by Islamic countries and scholars, as well as Afghan scholars and political figures.

The Taliban movement needs a reform, said Farhadi. It is slow to come and it is frustrating for everyone involved. But we mustn't give up.