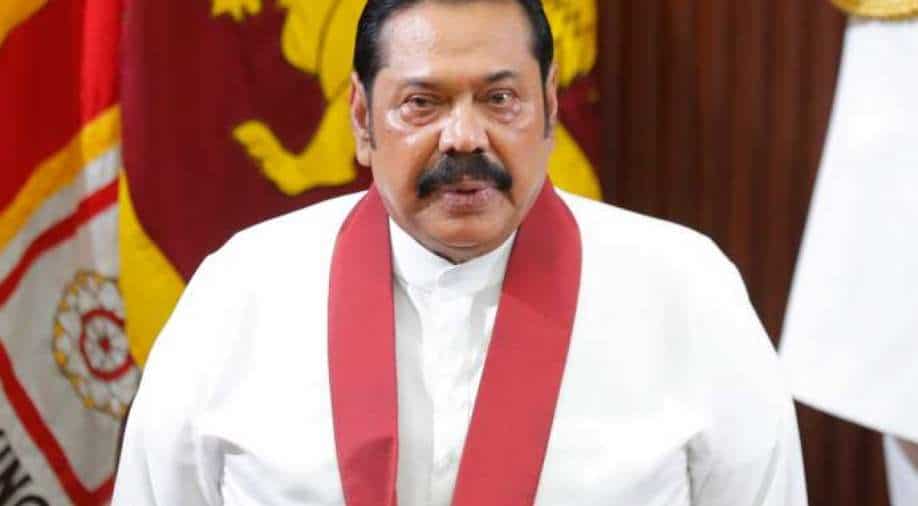 Now, according to reports, the Prime Minister has decided to resign from his position after multiple meetings among the ruling Sri Lanka Podujana Peramuna party (SLPP) and its member parties. Photograph:( ANI )

Soon after Gotabaya Rajapaksa won the presidency in November 2019, Abeysekara was dismissed and was arrested on what rights activists say were false allegations

A Sri Lanka court Wednesday freed on bail the country's top detective after 10 months behind bars, in a case that attracted international condemnation of Colombo's human rights record.

The Court of Appeal asked a lower court to free Shani Abeysekara and another detective who had been accused of falsifying evidence in a trial that led to the conviction of a senior policeman for murder.

"They were ordered to be released on personal bail of one million rupees ($5,000) each," a court official said.

Abeysekara was the head of the Criminal Investigation Department which was investigating high-profile corruption cases and murders involving members of the powerful Rajapaksa family and their associates.

Soon after Gotabaya Rajapaksa won the presidency in November 2019, Abeysekara was dismissed and was arrested on what rights activists say were false allegations.

The European Parliament last week singled out Abeysekara's incarceration as an example of Sri Lanka's persecution of individuals who were seen as a threat to the administration.

The EU parliament asked Sri Lanka to either charge Abeysekara or release him unconditionally along with two others -- human rights lawyer Hejaaz Hizbullah and poet Ahnaf Jazeem.

The powerful Rajapaksa clan has held sway over the island nation's politics since 2005, as well as having a major influence in key state institutions.

A constitutional amendment has given Rajapaksa more powers over the judiciary as well as the public service.