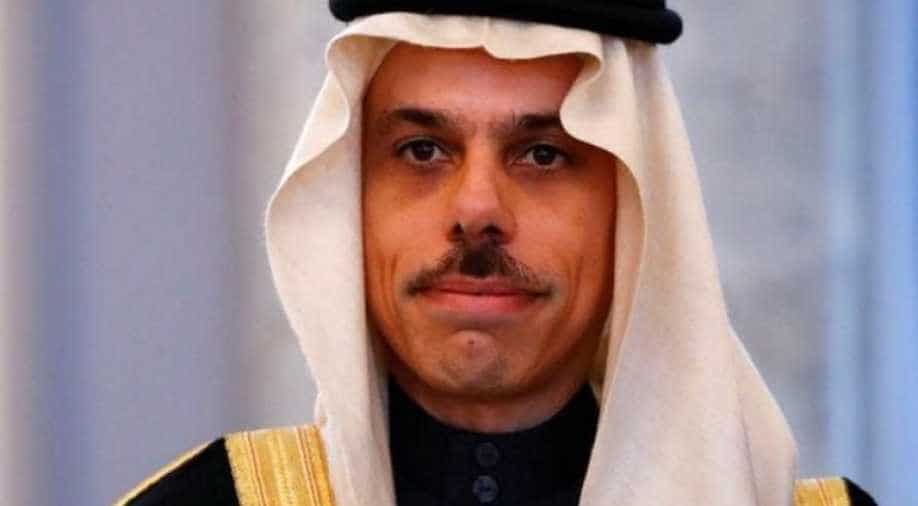 The newly-appointed minister was received by his Pakistani counterpart Shah Mehmood Qureshi at the airport. Both sides, at the Ministry of Foreign Affairs (MoFA) office here, discussed bilateral relations, regional situation and matters of mutual interest, Dawn reported.

The Saudi foreign minister is also expected to meet Prime Minister Imran Khan and other leaders during his one-day trip.

This is the first visit by the current Saudi foreign minister since he assumed office in October.

Earlier, a diplomatic source told Dawn that the purpose of the trip is to thank Prime Minister Imran Khan for not attending Kuala Lumpur Summit.

The source added that the visit was scheduled only a couple of days ago.

"The purpose of the visit is to thank Prime Minister Khan for his decision of not attending Kuala Lumpur summit, and express solidarity with Islamabad after Turkish President Recep Tayyip Erdogan's allegations that Saudi pressure forced Pakistan to skip the event," he said on conditions of anonymity.

"The Saudis also want to dispel the impression, which was reinforced by Erdogan's allegations, that their attitude towards Islamabad is patronising," he added.

Earlier this month, Khan had decided not to attend the Islamic summit, which was held in Kuala Lumpur and was attended by leaders of Muslim countries, including Iran, Qatar, and Turkey as well as religious scholars.

The decision was reportedly taken after Saudi Arabia expressed its displeasure over Pakistan's decision to participate. Riyadh sees the summit as an attempt to present an alternative to the Jeddah-based Organisation of Islamic Cooperation (OIC).

The decision came as a surprise because the Pakistan prime minister was the one with whom his Malaysian counterpart Mahathir Mohamad was about to address the summit.

However, both Pakistan and Saudi Arabia had rejected claims that Khan's decision was taken due to pressure from Riyadh.