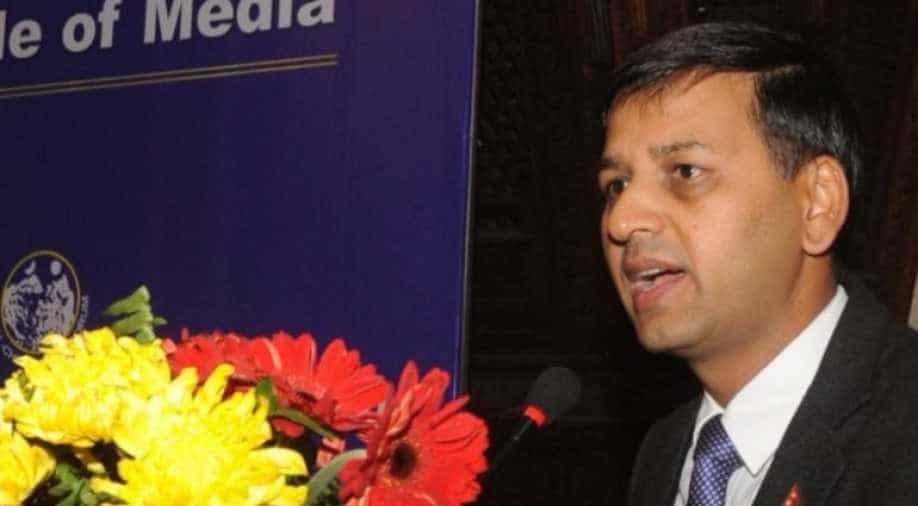 Bishnu Rijal, Deputy Chief of the foreign affairs department of the ruling Nepal communist party (NCP) in Nepal has said, "Roti-Beti ka Rishta" is "old rhetoric" and it is "not wise to talk about Roti-Beti relationship".

Bishnu Rijal, Deputy Chief of Department of Foreign Affairs, Nepal Communist Party (NCP) in Nepal has said, "Roti-Beti ka Rishta" is "old rhetoric" and it is "not wise to talk about Roti-Beti relationship".

This even as the country is mulling a new law on citizenship under which Indian women marrying Nepalese citizens will get citizenship after 7 years. Speaking exclusively to WION’s Principal Diplomatic Correspondent Sidhant Sibal from Kathmandu, Bishnu Rijal who is the Deputy Chief of Department of Foreign Affairs, Nepal Communist Party (NCP) said, "Our aspirations have changed, we should change. Roti Beti is old rhetoric.”

WION: How do you characterize the ties between India and Nepal? How do you think they have been impacted by the map row?

Bishnu Rijal: I don't think so, because we have a much diversified, deep-rooted, very old ties. We enjoy an excellent relationship from the very beginning. Being the close neighbour, we may face problem in day to day life. This time we have seen some problems related to our border. I am hopeful, we will resolve the problems by the means of talks. Nepal has continuously requested India to sit together for dialogue of Foreign Secretary to resolve the dispute. This is not a big deal between the 2 countries. We have a deep-rooted relationship and we want to save this relationship and take forward the relationship for our countries and our people.

WION: Don't you think the map row, bring the new map was unnecessary?

Bishnu Rijal: It is very natural, Nepal has reacted very naturally. It is Nepal's right. Before this law, Nepal had requested India, 2 times for foreign secretary meeting and Nepal has handed over a twice diplomatic note to India.

Kathmandu was insisting, so sit together and resolve the crisis. I don't know why Surprised India did not pay attention to close neighbours. So it is our compulsion, we are compelled to release new map according to the 1860 Sugauli treaty and now we have adopted a new Map and amended our new constitution. This will not hamper India Nepal relations and dialogue. It is our internal thing. It is our national stance and all political parties are in the same line now and India should realise the sentiment of Nepali people and Nepali political parties. This is the symbol of national unity and requests India to realise and know the real sentiment of Nepali people.

WION: Indian govt sources have confirmed that request for talks had been sent, in fact ahead of the bill being presented to parliament?

Bishnu Rijal: No, it is untrue and false information provided by the officials. I would like to say, no one, no Indian official has said it publically. Because India has not given any response to Nepal's request. Nepal has requested India, twice in writing. Nepal even did not get any reply from India. That kind of things doesn't help in a relationship.

WION:  Now Nepal is mulling new law under which Indian women marrying Nepalese citizens will get citizenship after 7 years.

Bishnu Rijal: We knew the constitution in 2015 and it has made some provisions in naturalised citizenship. The bill was pending in parliament for 2 years, this time we have decided to keep the cooling period of 7 years for naturalised citizenship. If some, foreign lady want to marry Nepali men, she has to wait for 7 years for Nepali naturalised citizenship. It is very natural. Even in India, if some women want to marry, with Indian men she should wait for 7 years. No country in the world gives freedom to get citizenship because it is a very sensitive thing and every country has some rule. If someone wants to get citizenship, he or she should pass the exam. Pass the language test, take the oath. These are the provisions in different countries. In Nepal, we have maintained the provision according to the international provision.

WION: What is your view on China, increasingly belligerent, aggressive with its neighbours.

Bishnu Rijal: China is a bigger power now, china is considered a sleeping dragon in the past. The dragon has woken up now. Some impact in old politics--including south Asia, India. As per my information, china is not an aggressive country and has taken care of itself. It believes in silent diplomacy and as per my knowledge, it is not an aggressive country. Unfortunate what happened between India China, 20 Indian soldiers lost lives and a lot of tensions. I hope, I wish it is resolved through dialogue. They should sit together and resolve the disputes.

WION: Do you think "roti-beti ka rishta" continue. Nepal's KP Sharma Oli govt has gone to the extent of saying COVID crisis in his country due to people coming from across the border.

Bishnu Rijal: I don't see India and Nepal have a huge problem. We hope once they sit together, it will be resolved. This is not a new one and under discussion for a long time. I am not sure why India, choose this time to inaugurate the road. Nepal has been claiming the territory for a long time and India has also agreed that this issue will be resolve via FS mechanism. So this incident created some problem in the relationship. This is not a permanent problem, this will be resolved soon according to our agreed mechanism. Roti Beti is old rhetoric. The world is changing and our aspirations are changing. So, this not wise to talk about Roti-Beti relationship. The words are not similar. Roti and Beti cant be compared together.

WION: Are you saying 'roti-beti ka rishta' should be junked?