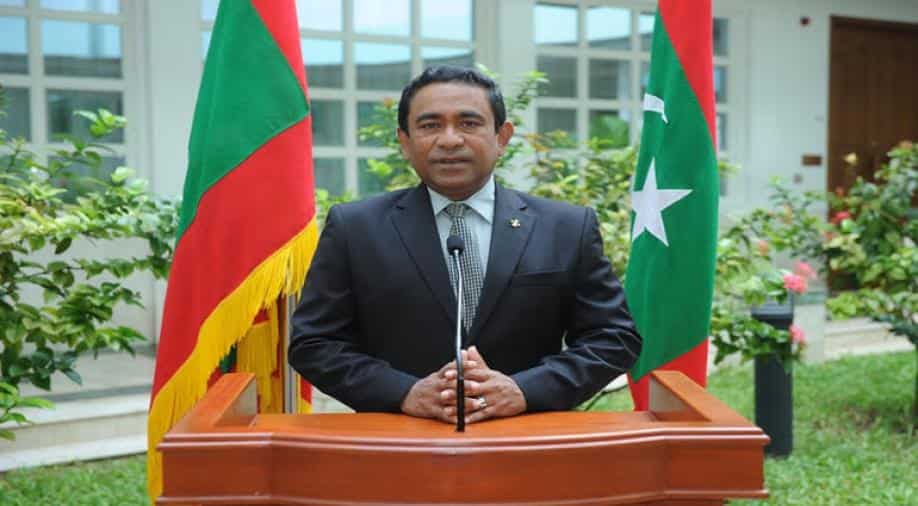 Yameen had earlier said he would hand over power on November 17th ensuring a smooth transition.

Yameen's U-turn comes after he conceded defeat to Ibrahim Mohamed Solih-led Opposition parties. Yameen had earlier said he had met Solih and congratulated him on his election victory.

However, lawyers of Yameen's Progressive Party of Maldives (PPM) alleged that the vote was rigged by the independent election commission of the country.

Yameen had earlier said he would hand over power on November 17th ensuring a smooth transition.

The latest development comes amid fears that Yameen wouldn't accept the results. In the last election in 2013, the Maldives Supreme Court had annulled the vote giving Yameen time to put together an alliance and win the second round of voting against former president Mohamed Nasheed.

In a televised address to the nation just after the poll results were announced, Yameen had said "I accept the defeat," adding, "I will enable a smooth transition."

The results were hailed by India and the US as a victory for democratic forces.

In the run-up to the polls, Solih had pledged to investigate the disappearance of journalist Ahmed Rilwan and the death of a bogger Yameen Rasheed last year.