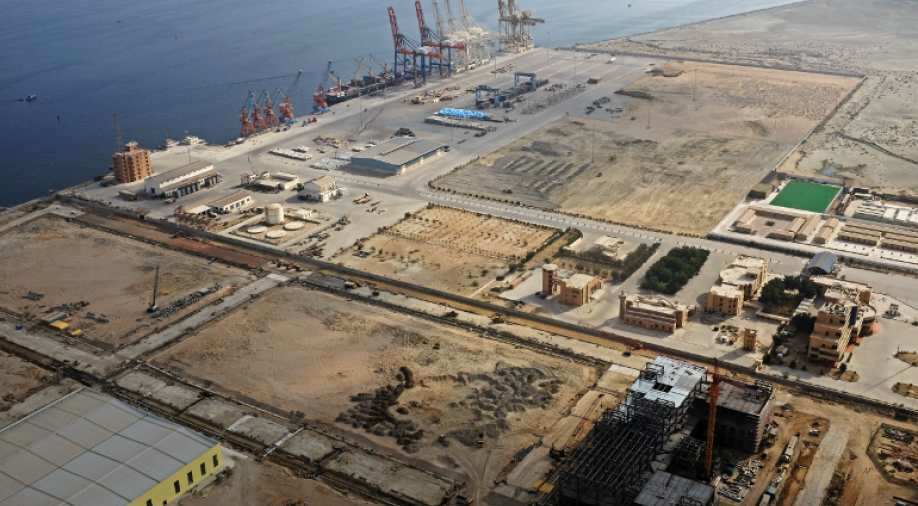 Tabish Gauhar, Special Assistant to Prime Minister Imran Khan on Power and Petroleum earlier this month had said that Saudi Arabia will not install a refinery at Gwadar but has indicated to set up a refinery along with a petrochemical chemical complex elsewhere.

Saudi Arabia has decided to shift a planned $10 billion oil refinery to Karachi from Gwadar, the epicentre of the country`s flagship China-Pakistan Economic Corridor, further highlighting the infrastructural deficiencies of the project in the port city.

Tabish Gauhar, Special Assistant to Prime Minister Imran Khan on Power and Petroleum earlier this month had said that Saudi Arabia will not install a refinery at Gwadar but has indicated to set up a refinery along with a petrochemical chemical complex elsewhere.

In 2019, Saudia Arabia had signed MoUs of $20 billion in various sectors of the economy and from this amount, announced to invest $10 billion in refinery and petrochemical complex at Gwadar.

The Special Assistant had informed that Aramco conducted a feasibility report according to which it found that setting up the refinery at Gwadar was not feasible, but said another refinery can be established near Karachi in the next five years.

According to Nikkei Asia, the decision to shift the project to Karachi highlights the infrastructural deficiencies in Gwadar and further supporting the impression that the port city is losing its importance as a mega-investment hub.

"Gwadar can only be a feasible location of an oil refinery if a 600-km oil pipeline is built connecting it with Karachi, the centre of oil supply of the country," a Pakistani official in the petroleum sector told Nikkei Asia on condition of anonymity.

According to the Japanese newspaper, there is currently an oil pipeline from Karachi to the north of Pakistan, but not to the east.

"Without a pipeline, the transport of refined oil from Gwadar [via road in oil tankers] to consumption centres in the country will be very expensive," the official said.

The official further said that given the pace of development he did not see Gwadar’s infrastructure issues being resolved in the next 15 years. Earlier this month, Pakistani media had reported that the oil facility was withdrawn amid worsening ties between Saudi Arabia and Pakistan in the recent past.

Saudi Aramco, at that time, is reported to have indicated to Pakistan authorities to ask Imran Khan to contact the top Saudi leadership on the decision about setting up the refinery and petrochemical complex.

However, Pakistan`s Foreign Office had then suggested that it was not the right time to contact Saudi leader Mohammad Bin Salman on the project because of the ties that had turned cold because of the foreign policy of the country.