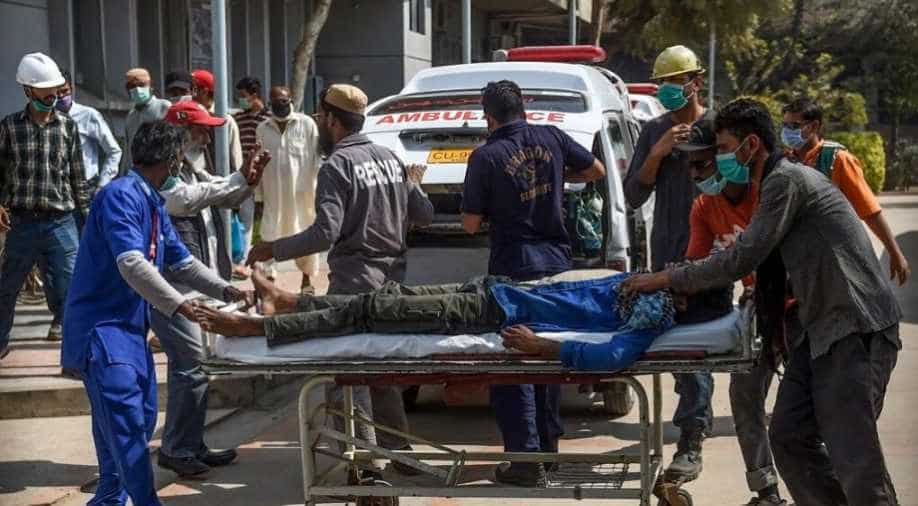 Authorities were alerted to the incident when the residents of Karachi's Keamari area began rushing to nearby hospitals with severe breathing problems on Sunday night.

A mysterious toxic gas has killed at least 14 people and sickened several others in Pakistan's southern port city of Karachi, police said on Tuesday.

Authorities were alerted to the incident when the residents of Karachi's Keamari area began rushing to nearby hospitals with severe breathing problems on Sunday night.

The source of a toxic gas leak remained unclear on Tuesday. Officials said 14 people have been killed so far, Dawn newspaper reported.

Ziauddin Hospital spokesperson Amir Shehzad told the newspaper that nine deaths took place at the hospital's Keamari Campus over the course of the past two days.

According to the police, two other deaths were reported at the Kutiyana Hospital.

Dozens of others have been hospitalised in various medical facilities across the city.

"We are still clueless about the possible cause of the incident," Karachi police chief Ghulam Nabi Memon said.

Residents of the area protested in Keamari's Jackson Market, demanding answers from authorities on the deaths that have been caused from the mysterious gas.

Memon said that senior police officers in coordination with the doctors are trying to determine the exact nature of the incident.

Meanwhile, Karachi Commissioner Iftikhar Shallwani said that a ship that was offloading soybean or a similar substance could be the probable cause of the toxic gas.

"When offloading from this ship is halted, the smell too diminishes," he reasoned.

Maritime Affairs Minister Ali Zaidi rubbished the report that it was caused by a soybean ship as the crew and the vessel were fine.

Sindh Chief Minister Murad Ali Shah has ordered the Commissioner of Karachi police to submit a report on the matter on a priority basis, ARY News reported.