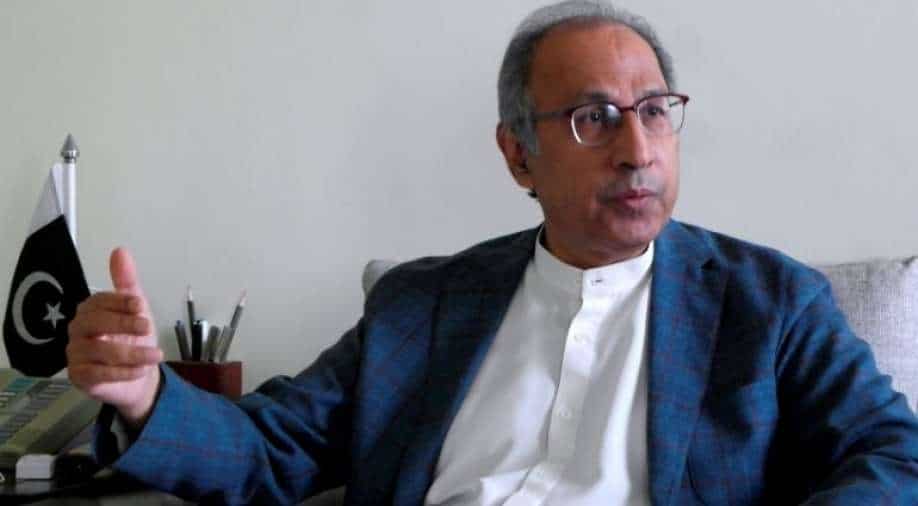 Pakistan's Finance Minister Abdul Hafeez Shaikh speaks during an interview with Reuters at his office, as the coronavirus disease (COVID-19) outbreak continues, in Islamabad, Pakistan May 8, 2020 Photograph:( Reuters )

Pakistan Prime Minister Imran Khan removed his finance minister on Monday as part of a government shake-up aimed at bringing in policies to control "rising inflation", the information minister.

The removal - the second of a finance minister in the 2-1/2 years of Khan's tenure - comes amidst the restart of a $6 billion IMF bailout programme that had been suspended for one year over questions about fiscal and revenue reforms.

Cash-strapped Pakistan is also preparing to float Eurobonds worth around $2 billion to raise capital from international markets about two months before presenting a budget.

"There has been rising inflation, and the prime minister thinks that we need to bring in a fresh team which could devise pro-poor policies," information minister Shibli Faraz told local Dunya News TV.

He said Hammad Azhar, the minister for industries and production, would replace Abdul Hafeez Shaikh.

The central bank on March 19 kept its policy rate at 7% for a 10th consecutive month to support economic recovery while keeping inflation expectations well-anchored and maintaining financial stability. It also revised higher its growth rate for the current fiscal year.

Sheikh had lost a parliamentary election earlier this month that was mandatory for him to keep the office of the finance minister constitutionally. However he could have stayed in office until June 10, and it is not clear whether the decision to remove him was also a move to cover for the consequences of that election loss.