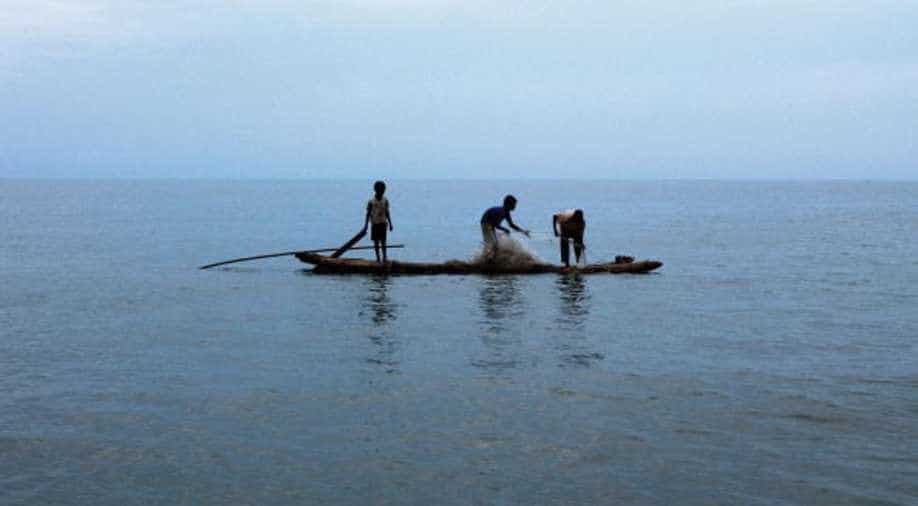 The Pakistan Navy on Sunday apprehended 94 Indian fishermen off the Gujarat coast in the Arabian Sea since Saturday, an official said today (March 5).

An official of the National Fishworkers' Forum told PTI that 94 Indian fishermen have been arrested and 17 boats seized near Jakhau port in the Arabian sea.

He said that fishermen in the area feared more arrests as "the Pakistani agency's vessels are active". All of them have been taken to Karachi by the Pakistan Maritime Security Agency (PMSA).

"Around 70 fishermen on board 13 boats were captured yesterday by the Pakistan Maritime Security Agency. 24 others on board four boats were held today in the high seas from near the International Maritime Boundary Line (IMBL) off Jakhau coast," Manish Lodhari, National Fishworkers' Forum said.

The incident comes after the PMSA apprehended 11 fishermen with two boats last week.

"Last week, two boats with eleven fishermen were captured by the PMSA, we have been officially informed," Lodhari said.

In January, the PMSA had apprehended 36 fishermen and seized six boats off Gujarat coast.

In a related incident on February 2, the Border Security Force (BSF) had seized four abandoned Pakistani fishing boats near the Sir Creek in Kutch district on the Indo-Pak border during an extensive search operation.

"Fifteen fishermen, who were fishing between Katchathivu and Talaimannar, were arrested and taken to Talaimannar," Assistant Director of Fisheries Kulanjinathan said.

Indian and Pakistani fishermen are frequently detained for illegal fishing since the Arabian Sea border is not clearly defined and many boats lack the technology to fix their precise location.

The fishermen often languish in jail, even after serving their terms, as poor diplomatic ties between the two neighbours mean fulfilling bureaucratic requirements can take a long time.

In December, Pakistan had freed 220 Indian fishermen in a bid to ease the recent tensions between the two south Asian countries.