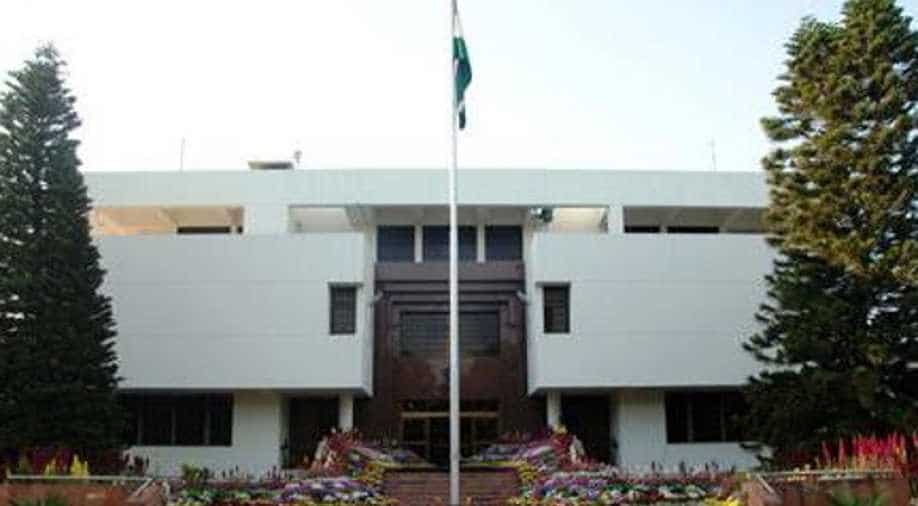 Pakistan said today that the Indian High Commission has informed it that an Indian woman approached them with a request for repatriation to India, even as a Pakistani man with whom she was married to alleged that his wife had been detained by the mission.

Pakistan Foreign Office spokesman Nafees Zakaria said in a statement that "the Indian High Commission informed the Ministry of Foreign Affairs that an Indian national, Ms Uzma, 20, had approached them with the request to be repatriated to India."

"According to the Indian High Commission, she claimed to have married Mr Tahir and alleged that she later came to know that Mr Tahir was already married and had four children," Zakaria said.

Zakaria's remarks came following the Pakistani man's allegations that the Indian High Commission detained his newly-wed Indian wife when they went there to apply for his visa.

The government sources in New Delhi, however, said the Indian woman sought help of the Indian High Commission in Islamabad on May 5.

The High Commission is providing necessary consular assistance to her and is in touch with the Pakistan Foreign Office on the matter and the girl's family in India, they said.

Uzma, from New Delhi, and the Pakistani man, Tahir, reportedly met in Malaysia and fell in love after which she travelled to Pakistan on May 1 via the Wagah border. The two contracted nikkah (marriage) on May 3.

According to Tahir, they visited the High Commission building and submitted visa forms as well as their phones to the officials. Uzma then went inside on being called by the officials while he stayed back, her husband said.

When his wife did not return after several hours, Tahir enquired about her from officials, who claimed she was not there. Tahir alleged that the officials also refused to give their three mobile phones back to him.

Tahir said he has filed a First Information Report (FIR) in the Secretariat Police Station.

Earlier, reports had quoted Zakaria as saying that Uzma was "stranded" inside the Indian mission's building.