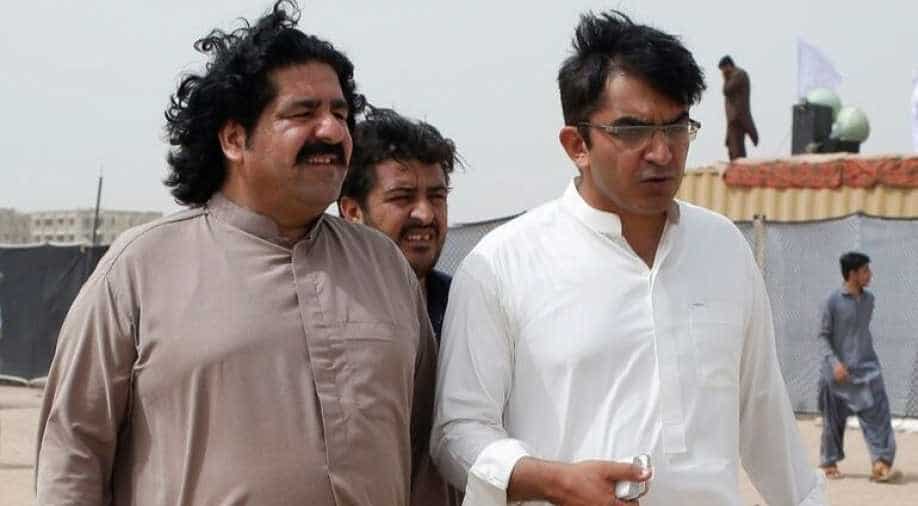 The two lawmakers, Ali Wazir, and Mohsin Dawar, along with several activists of the Pashtun Tahaffuz Movement (PTM), were arrested after a deadly clash between troops and activists at a security post in northern Pakistan in May.

Two Pakistani parliamentarians and human rights campaigners were released on bail in the northwestern Khyber Pakhtunkhwa province after four months in detention, their lawyer said on Saturday.

The two lawmakers, Ali Wazir, and Mohsin Dawar, along with several activists of the Pashtun Tahaffuz Movement (PTM), were arrested after a deadly clash between troops and activists at a security post in northern Pakistan in May.

"Both the parliamentarians were released from Haripur jail after midnight," Tariq Afghan, the lawyer for the two leaders told Reuters.

PTM campaigns against alleged extrajudicial killings and enforced disappearances of Pashtuns and other ethic minorities.

It emerged last year after the killing of an ethnic Pashtun man by police in the southern city of Karachi, which led to nationwide protests and turned the issue of alleged state violence against Pashtuns into a national debate.

The military has accused the PTM of being funded by foreign intelligence agencies - a veiled reference to arch-foe India and its Afghan allies - to stoke unrest in Pakistan's Pashtun lands after the Pakistani army defeated Islamist militants there.

On May 26, soldiers at a security post fired on a group of protesters led by PTM leaders and serving parliamentarians Mohsin Dawar and Ali Wazir, according to PTM representatives, who said 13 of their supporters were killed.

The army said troops exchanged fire with the protesters when they attacked the checkpoint, and that three of the attackers were killed.

On his release, Dawar posted a tweet describing the incident as a massacre.

"In its aftermath, this State piled up even more violations of human rights, decency in its treatment of Ali and myself," he said in the tweet on Saturday.

A spokesman for Prime Minister Imran Khan's government was not available to comment on Dawar's allegations.