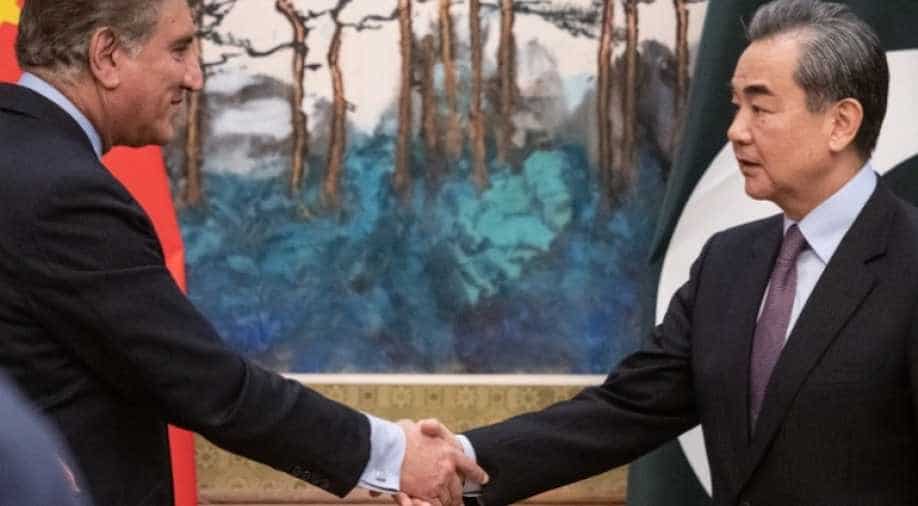 Qureshi also appreciated the Chinese stand that there should be no double standards in combating terrorism as he thanked Beijing for its support to Pakistan in international fora on the issue of tackling the menace.

Pakistan's Foreign Minister Shah Mahmood Qureshi on Tuesday hailed China's support to his country in the challenging times and said Islamabad was committed to the expeditious implementation of the China-Pakistan Economic Corridor (CPEC).

Qureshi also appreciated the Chinese stand that there should be no double standards in combating terrorism as he thanked Beijing for its support to Pakistan in international fora on the issue of tackling the menace.

He made the remarks during the first-ever China-Pakistan Foreign Minister-level strategic dialogue, which was attended by his Chinese counterpart Wang Yi.

In his opening remarks, Qureshi acknowledged that China has been "helpful in these challenging times for Pakistan", in an apparent reference to the multi-billion dollar Chinese financial assistance to Pakistan, which is going through a "low point", to minimise its dependence on an IMF bailout package.

"The Chinese government was very generous in supporting Pakistan. We had good discussions...We are committed to expeditious implementation of CPEC," Qureshi said.

"There is a national consensus that this project is not simply beneficial to Pakistan and China but also the entire region and has a far-reaching impact," he said.

"Obviously, our leaders have set huge agenda for us and they have entrusted us to implement their vision and that we intend to do," Qureshi said as he informed his Chinese counterpart about Prime Minister Imran Khan's desire to attend the 2nd Belt and Road Forum in Beijing next month.

China will host a second global meeting on its ambitious Belt and Road Initiative in Beijing in April.

The BRI includes USD 60-billion China-Pakistan Economic Corridor which India opposes as it traverses through the Pakistan-occupied Kashmir.

The US, India and several other countries have raised concerns over the BRI as China doled out huge loans to smaller countries for infrastructure projects without taking into consideration their ability to pay back the money.