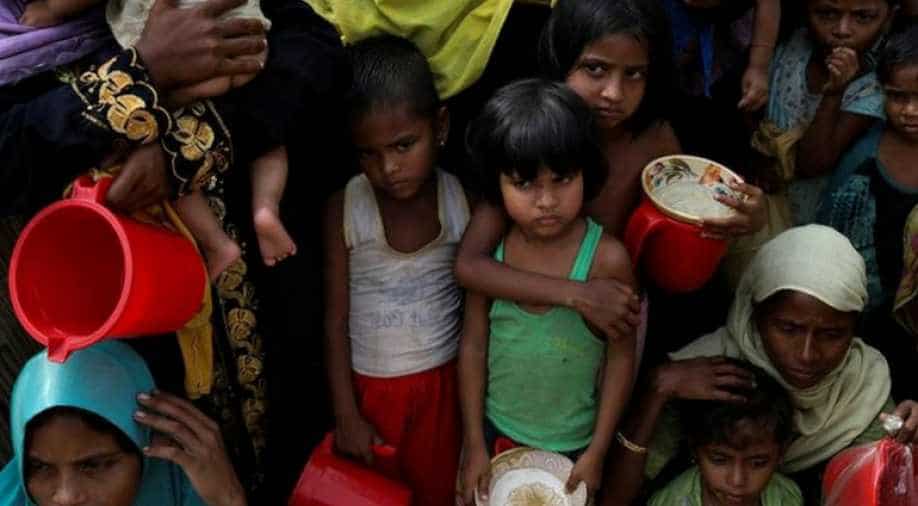 The United Nations said about 2,500 people had been driven from their homes since early December when clashes broke out with the Arakan Army.

Myanmar police have clashed with insurgents in the troubled western state of Rakhine, state-run media said on Wednesday, as intensified fighting continued between the security forces and an armed group representing the Buddhist Rakhine ethnic group.

The United Nations said about 2,500 people had been driven from their homes since early December when clashes broke out with the Arakan Army, one of several groups fighting Myanmar`s army that want more autonomy for ethnic minorities.

The Myanmar military last month announced a four-month halt in fighting in the north and northeast of the country in order to kick-start stalled peace talks with the armed groups.

Rakhine, in the west, was excluded from the pause, stoking doubts about the military's willingness to bring an end to all the country's conflicts.

Rakhine was where the military launched a campaign in 2017 that has driven more than 730,000 Rohingya Muslims into bordering Bangladesh.

Recent fighting has involved the Arakan Army, which claims to represent the Rakhine, the Buddhist ethnic group who make up the majority in the state of the same name.

The state-run Global New Light of Myanmar newspaper said one policeman was critically injured when border guard police were attacked by about 30 men carrying "small and heavy arms" on Tuesday near Saytaung, a village in the Buthidaung area.

Khin Thu Kha, a spokesman for the Arakan Army, denied that the group attacked the police, but said the group did clash with government security forces in Saytaung on Tuesday.

Hundreds of border guard police had been deployed in areas far from the border with Bangladesh as part of a broader military offensive against the group, Khine Thu Kha told Reuters on Wednesday.

"Today the fighting started at 8 am" in another location, he said.

The UN Office for the Coordination of Humanitarian Affairs said on Monday that 1,500 people were newly displaced by fighting last week in Rakhine, in addition to about 1,000 people displaced since clashes broke out on December 8.

Authorities, along with local and foreign aid groups, were providing aid to the displaced, the UN agency said in an update.