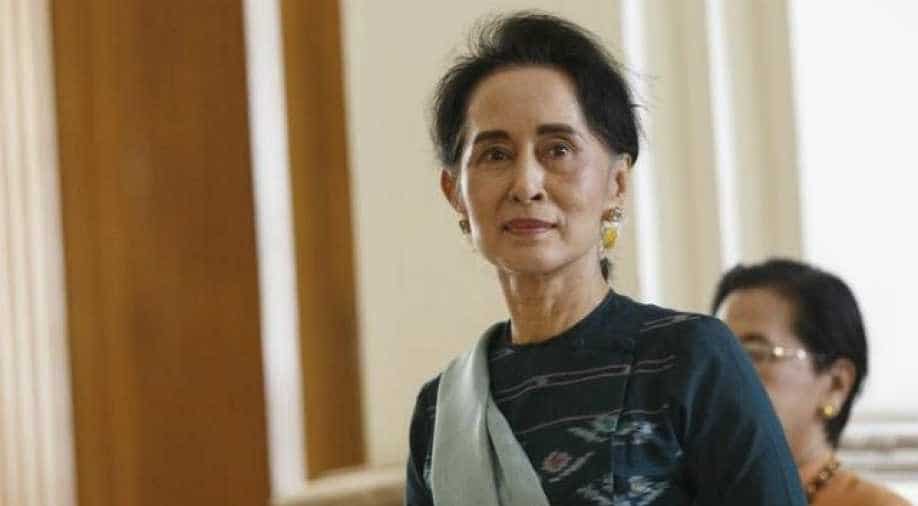 Myanmar's security forces have killed three people during its two-day raids on "terrorist" camps being run by the persecuted Rohingya Muslims in troubled Rakhine province, according to its state media.

The training camps were being allegedly run by the same rebel group that killed nine militants on different border checkposts last October -- an attack that unleashed a brutal state clampdown of Rohingya Muslims.

The government report also stated that the training camps run by the the rebels, now called Arakan Rohingya Salvation Army (ARSA), were being aided by foreign organisations.

The recruits in the camp were being taught martial arts and given training in the use of light weapons.

The government has accused ARSA of murdering and abducting villagers in recent months -- allegation that has been stoutly denied by the rebel group.

They insist they are fighting to gain rights of the beleaguered Rohingya community, who have been living in fear following a deadly reprisal of the government after the nine policemen were killed last October.

Since the government crackdown began, some 70,000 Rohingya Muslims have crossed over to Bangladesh.

Those who have escaped and now cramped in Bangladesh's Cox's Bazaar have told reporters of the violence endured before their escape. Slaughtering of babies, indiscriminate killings and gang rapes are some of the harrowing tales narrated by them.

But the Myanmar government has repudiated the accounts, who claim they are mainly tackling insurgency in the country.

But when the UN wanted to send a probe team to look into the matter, the government didn't give them any permission to do so, sparking wide condemnation in the international community.

There are 1.1 million Rohingya residing in Myanmar, many of whom who have stayed in the country for generations but they are still viewed by many Burmese as illegal immigrants from Bangladesh.