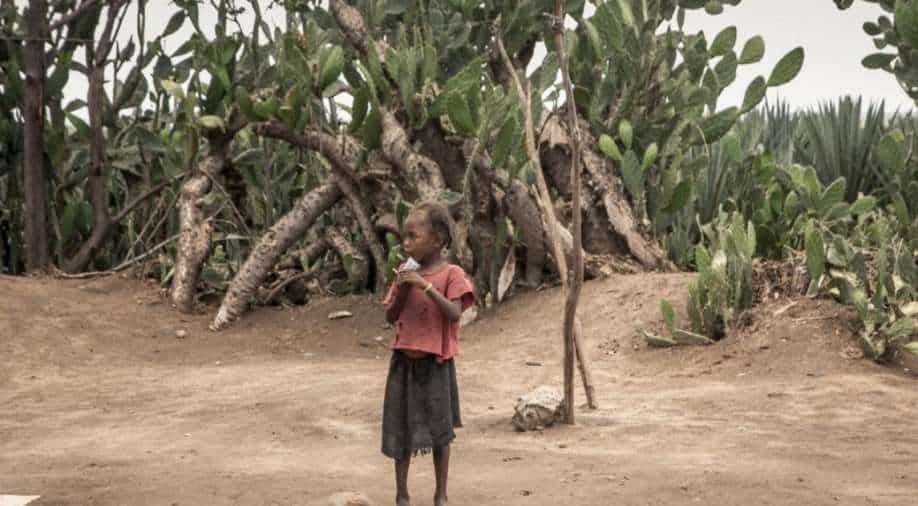 A girl eats a food supplement distributed during a malnutrition screening session organized by the NGO Action Contre la Faim and the World Food Programme (WFP) in the municipality of Ifotaka, in southern Madagascar Photograph:( AFP )

The rate of wasting, the extreme manifestation of severe acute malnutrition, in Afghanistan is extremely high at 9.5 per cent

Malnutrition is being deemed as Afghanistan's silent emergency. As per data released by UNICEF, Afghanistan has one of the world’s highest rates of stunting in children under five, that is 41 per cent.

The rate of wasting, the extreme manifestation of severe acute malnutrition, in Afghanistan is extremely high at 9.5 per cent.

A total of one in three adolescent girls suffers from anaemia, while only half of the Afghan babies are exclusively breastfed in their first six months. Also, only 12 per cent of Afghan children aged 6-24 months receive the right variety of food in the quantity needed for their age.

The pandemic has further contributed to the problem as there is an increase in the number of wasted children in Afghanistan and this situation remains a priority.

Not just children but the mothers are equally malnourished. Harmful diets of the mother results in a harmful cycle – malnourished infants grow up to become stunted mothers, generation after generation. "This is a cycle we must break", says UNICEF.

Afghanistan’s health system still faces several challenges. Some cultural practices and preferences related to food limit the potential development of the next generation of Afghanistan leaders.

Knowledge of good diets is still limited. Over the next year, UNICEF will support the Government in rolling out an intensive information campaign. Also, nutrition services are part of all government health services however there are areas that are less accessible for regular services leaving some children at high risk.

UNICEF is helping by providing health and nutrition mobile services, however, these could be expanded further.

Mothers are not aware of their own nutritional needs. "We need to improve their knowledge of, and access to, a healthy diet for themselves and their families", says UNICEF. The organization aims at supporting the government in training and supporting nutrition counsellors, community health workers, midwives and other health workers can teach families how to make small improvements in their eating habits that can result in big health gains.