Kashmir agitation was an attempt to topple government: BJP leader 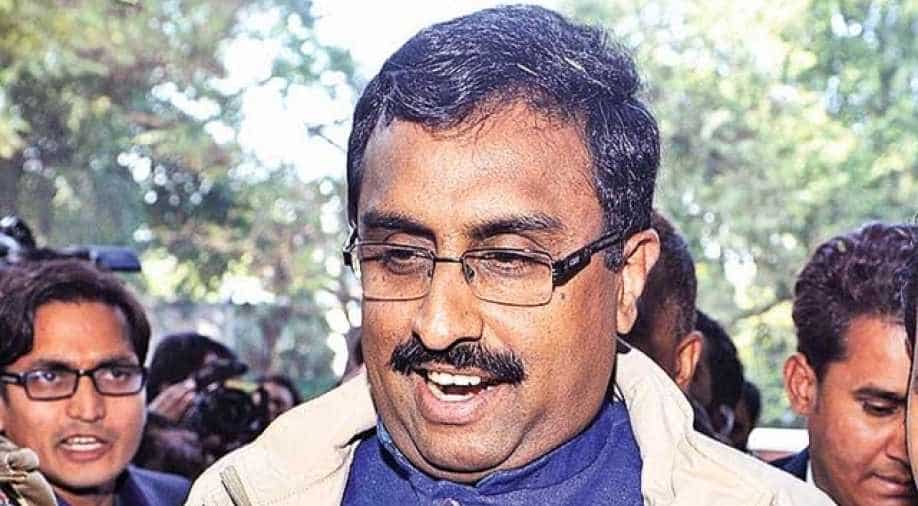 In an exclusive interview to DNA-WION, BJP General Secretary Ram Madhav said the agitation in Kashmir was an attempt to topple the democratically-elected government of PDP-BJP in the Valley.

“The agitation was funded from abroad and Pakistan and separatists wanted to topple our government. The behavior of Chief Minister (of Kashmir state) Mehbooba Mufti was exemplary. She didn’t cave in to any pressure,” said Ram Madhav.

The agitation in the Valley lasted more than three months, resulting in the death of several civilians. The upheaval in Kashmir valley started after the commander of a Kashmir separatist group was killed by Indian security personnel on July 8.

BJP leaders tried out reach for number of times which included two trips which Home Minister Rajnath Singh made to the valley to meet number of stakeholders. Ram Madhav said that time has come for the civil society leadership to take responsibility and stand against the terrorists.

“We understand that terrorists and their supporters have created fear in the valley but civilian leadership needs to rise to the challenge,” he said. Ram Madhav was responding to the question that in the early days of the agitation, houses of senior Peoples Democratic Party (PDP) leaders came under the fire of local protesters and terrorists.

He was categorical that the Indian state will not bow under any pressure tactic accruing from violence by the agitators. Though he admitted that unrest was intense in the rural areas though. Ram Madhav insisted that civil society must come out in support of normalcy in the state.

He came down hard on the role of the separatists. He categorically said the government will not bend itself backward for them to participate.

When asked about eroded legitimacy of the PDP in the valley, he said, "What was National Conference doing? If legitimacy is the case then NC, PDP and INC have legitimacy collectively.”

He further added that two flag issue, campus flag row and resettlement issue had nothing to do with the agitation. “These issues were created by NC and certain main stream parties. NC also made resettlement an issue,” said Ram Madhav. He insisted that the habit of picking non issues has become a nemesis in Kashmir. Though he added by saying that BJP remains committed for the return of the pandits to the valley and there would be no compromise on the issue.

Speaking on insurgency Ram Madhav said,” What local issues can be resolved by attacking a CRPF camp. Protests have to be in the spirit of democracy.”

After three months of violence and lock down, Kashmir valley seems to be limping back to normalcy. Ram Madhav says that Pakistan needs to create normalcy on the border and onus lies on them. “We have no appetite for violence. India reserves the right to respond and that’s what the government is doing,” he said.

He ended the conversation by saying that the mutilation of the Indian soldier is unacceptable and such action will not go unpunished.