'IS will kill you': 'Dangal' actress Zaira Wasim threatened in India's restive Kashmir 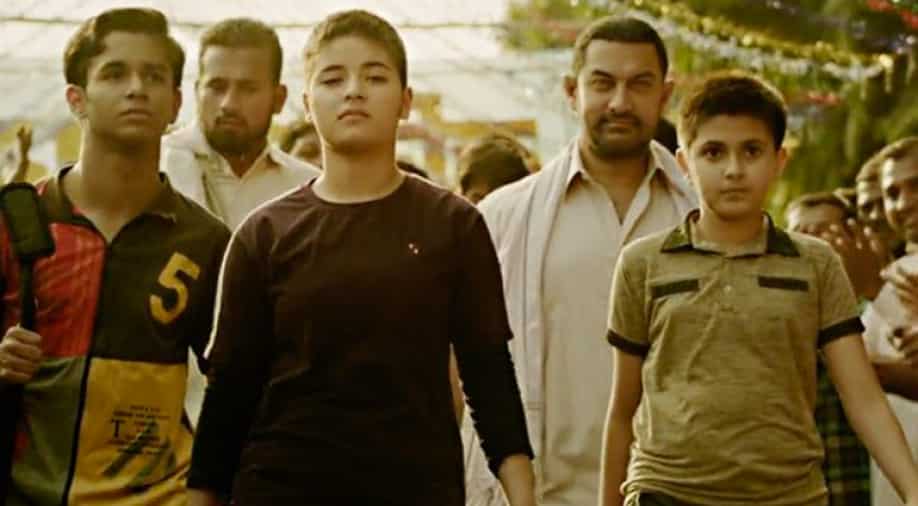 Zaira Wasim in a still from her much-acclaimed Bollywood film 'Dangal'. Photograph:( Others )

Protests broke out in Indian state of Jammu and Kashmir against Zaira Wasim, the teenage actress of the Bollywood film "Dangal", who was trolled online after she met the chief minister the state.

Masked men threatened her with posters bearing the ominous warning, "Justice with you. IS (Islamic State) will kill you."

Zaira, who portrayed the young national wrestler Geeta Phogat in the much-acclaimed "Dangal," was criticised on social media after she met chief minister Mehbooba Mufti on January 14. She was asked why she met the chief minister when she could've instead met the victims of the turmoil being witnessed in the restive Indian state from where she hails.

The 16-year-old then posted an apology on Twitter and Facebook for "offending" and "unintentionally hurting" people for her actions but later deleted the post. She then posted again, asking everyone not to blow the issue out of proportion since she was just a 16-year-old kid and that people should treat her likewise.

Many celebrities including Bollywood actor Aamir Khan, who played her father in "Dangal", and political leaders, like Omar Abdullah, came out in her support. Social media also speculated that Zaira's apology was under some kind of threat and pressure.

Federal minister Jitendra Singh said on Tuesday (Janaury 18) said the Jammu and Kashmir government was keeping an eye on all the developments related to the actress and if needed security would be provided to her.

The actress was also drawn into a spat with sports minister Vijay Goel on Friday after he drew a parallel between a painting of a burkha-clad woman which he tweeted with Zaira's life.

Zaira replied by stating that the portrayal was a "discourteous depiction," and that women in "hijab are beautiful and free".

@VijayGoelBJP Sir, with all respect to you, I feel I must disagree. I request you not to connect me to such a discourteous depiction. (1/3) https://t.co/BIgWVstqZh

@VijayGoelBJP Moreover, the story depicted through this painting is not even remotely relevant to mine. (3/3)

The sports minister replied with these posts:

You have interpreted wrong. I appreciated your work and stated that evil and patriarchal notions must be discouraged. https://t.co/OPBy5EZifN

I'm afraid you still haven't understood. But I wish you all the very best and appreciate your work. Hope to meet & interact too. https://t.co/h2RK3K3zIB