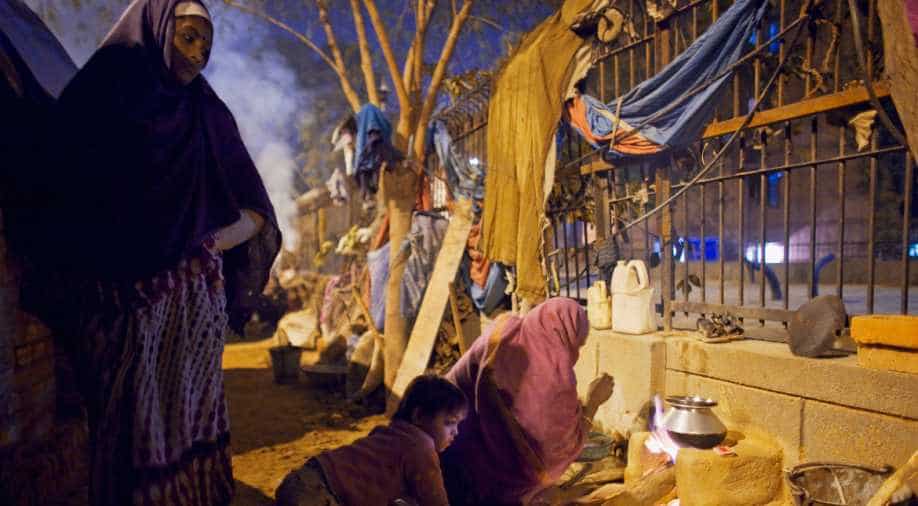 In picture: A migrant family from India's most populous state of Uttar Pradesh living in a temporary shelter by the road after working at a construction site. Photograph:( Getty )

The Indian government's think tank Niti Aayog will soon set up an expert panel to arrive at a new poverty line, according to an official.

The report of the Task Force was submitted to the Prime Minister on July 11, 2016.

It recommended setting up of an expert committee to arrive at an informed decision on the level at which the poverty line should be set because 'a consensus in favour of either the Tendulkar or a higher poverty line' did not emerge.

The current poverty estimates are based on the methodology recommended by the Expert Group under the chairmanship of Suresh D Tendulkar in 2009.

According the Tendulkar committee methodology, those whose daily consumption of goods and services exceeds Rs 33.33 (0.49 US Dollar) in cities and Rs 27.20 (0.4 US Dollar) in villages are not poor.

As per these numbers, only 22 per cent of the people can be classified as poor in the country.