India: Met says Cyclone Vardah to not weaken much before landfall 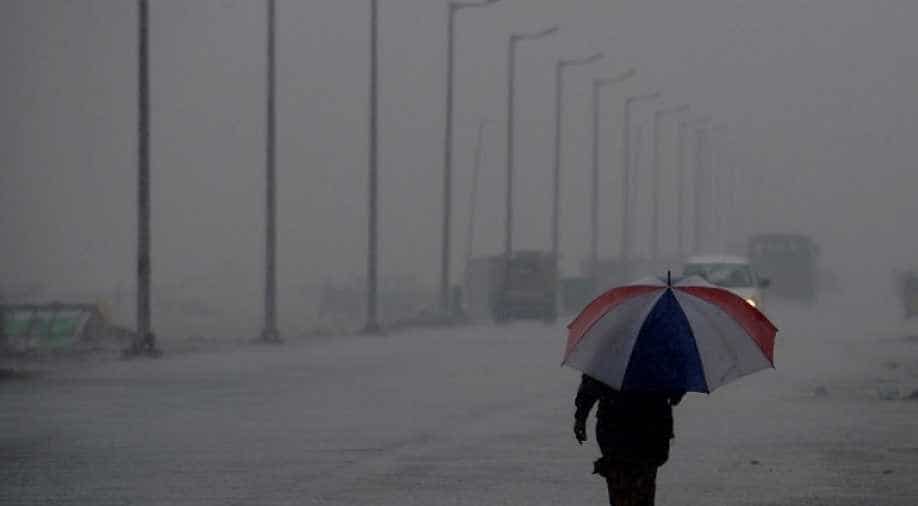 Cyclonic storm Vardah, which was earlier expected to weaken considerably, may not see its intensity going down when it makes landfall near Chennai today.

The earlier forecast made by the IMD was that it would weaken into a cyclonic storm, thereby reducing its intensity considerably.

One of the major reasons for destruction in any cyclone is the wind velocity, apart from heavy to heavy rains and flooding.

Tidal wave of about one-metre height above the astronomical tide is very likely to inundate the low lying areas of Chennai, Thiruvallur and Kanchipuram districts of Tamil Nadu and Nellore districts of Andhra Pradesh during the time of landfall.

Rail and flight services in Chennai were affected by heavy rain and strong winds that lashed the city and other coastal areas of Tamil Nadu due to cyclone Vardah, officials said.

Around 25 incoming flights, including those from international destinations, were diverted to the nearby Hyderabad and Bangalore airports due to strong winds and poor visibility, airport officials said.

Nearly 25 outbound flights were delayed, officials said, adding that there was no inundation of the runway despite heavy rains.

An emergency management team was on standby to meet any eventuality, they said.

The Southern Railway meanwhile, announced suspension of services on the Chennai Beach and Velacherry MRTS route.

Similarly suburban rail services on the MMC-Gummidipoondi line were also suspended until further notice. Some passenger trains coming to Chennai and leaving the city were also diverted.

Over 15 teams of NDRF have been deployed in various coastal regions of Tamil Nadu and Andhra Pradesh for relief and rescue efforts as cyclonic storm 'Vardah' is expected to make landfall this afternoon.

National Disaster Response Force (NDRF) chief R K Pachnanda said while eight teams are ready in various areas of Tamil Nadu, seven are in Andhra Pradesh, apart from few others in nearby locations.

"Some more teams are on alert in Arrakonam and Guntur and they can be transported immediately in case they are required. We are in constant touch with the two state governments, the Indian Meteorological Department and other relief agencies," the NDRF Director General told PTI.

Each NDRF team, comprising about 45 personnel, has been equipped with rescue gadgets and boats in order to respond to any situation emerging due to the cyclone.

"All arrangements are in place and regular updates are being shared," the DG said.

Heavy rains lashed Chennai, Tiruvallore and Kancheepuram districts since early morning. Power supply was suspended in many parts of these regions as a precautionary measure.

The armed forces have also been asked to be on standby with the army, navy and air force prepared to be deployed anytime as and when required.

Senthil Kumar, Assistant Commandant NDRF, said two teams have been deployed in Sullurpeta and one in Tada and one reserve team in Nellore.

"In case of heavy rainfall in low lying areas, we will evacuate immediately. As trees may uproot due to high windspeed, we have tree-cutting equipment to tackle it. We will take immediate action," he said.

SP Selvam, DIG, NDRF, said the personnel are conducting recce of the areas and familiarising themselves with the help of local guides.

"There is a lot of change in preparedness compared to previous years. The state agencies had a meeting yesterday. The chief secretary of Tamil Nadu government held a meeting. High-level meetings were held by the government of Andhra Pradesh also, which our officers attended," he said.

"There was assessment about the requirements and accordingly we have placed the teams," he said.
He said the high velocity winds may cause damage to light infrastructure like thatched huts and trees and may cause traffic jams as trees may fall down.

"The state administration is prepared for clearing up roads and rescuing people. Our teams work with the state authorities. Vulnerable areas have been assessed and accordingly, teams have been placed.

"In Chennai, two teams have been placed in Basin bridge and one is in Adayar, and one team each in Kanchipuram and Mahabalipuram," he said. PTI