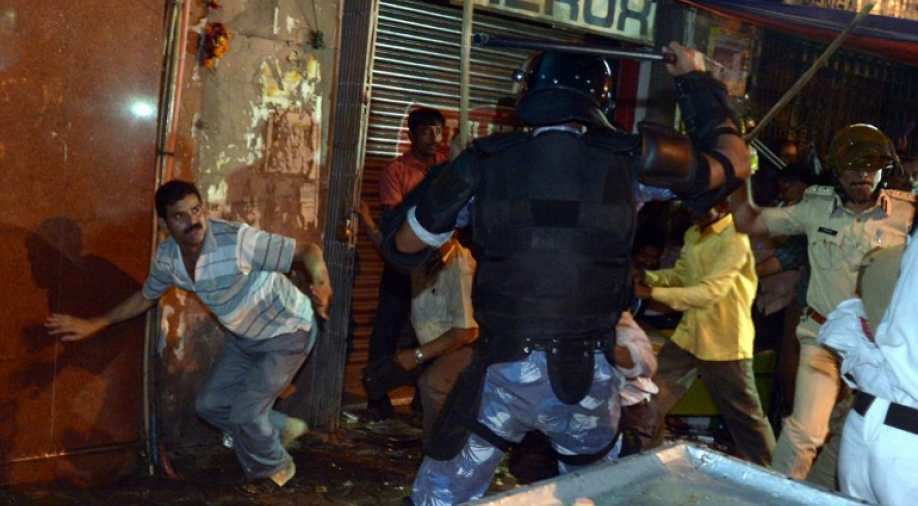 The police were seen charging with batons to disperse the protesting locals after they started hurling stones at the car and the policemen. (Representative Image) Photograph:( AFP )

A speeding car ran over pedestrians in India's eastern state of West Bengal, killing seven and injuring seven others.

According to the locals, the driver was under the influence of alcohol, when he hit the pedestrians at Bengal's Bishnupur area, killing four girls and two boys, all students of the school in Bishnupur and one parent.

The driver fled the spot after the accident.

The injured have been rushed to a hospital in Kolkata and have been kept under observation.

The locals got into a scuffle with the police after the accident, pelting stones at the car and police.

The police charged at the crowd with batons.