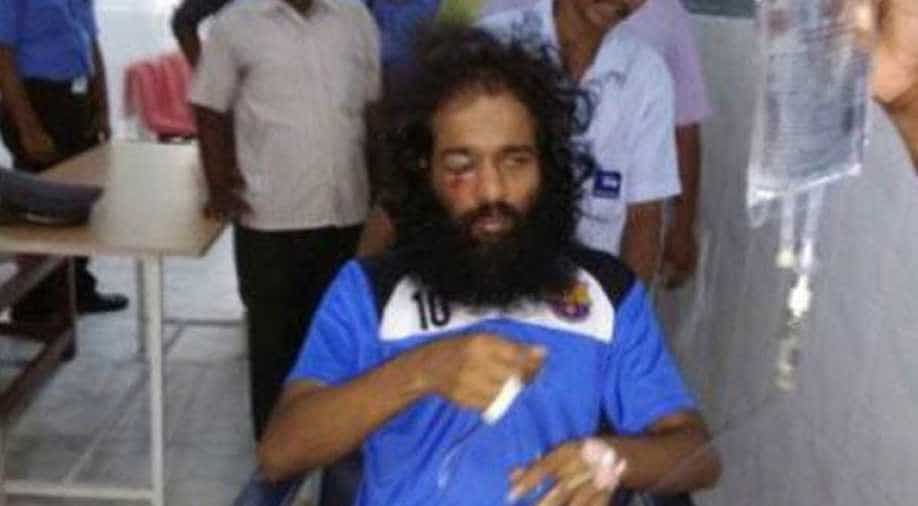 Sooraj was beaten up for conducting 'Beef Fest' in IIT. He has been seriously injured in his right eye. Photograph:( ANI )

A group of students from IIT-Madras are protesting against the attack on a PhD scholar for organising the 'beef fest'.

The students demanded that Manish Kumar Singh, a postgraduate student, and his friends who allegedly attacked R Sooraj, a research scholar at IIT-Madras, be rusticated immediately, the Times of India reported.

Nine students have been charged for allegedly beating up Sooraj for organising a 'Beef Fest' in the campus.

Condemn the attack on Suraj, Malayali PhD scholar of #iitmadras for attending #beeffest. Will request CM of TN to take necessary actions.

Sooraj was beaten up for conducting ' Beef Fest' in IIT. He has been seriously injured in his right eye.

A group of 70 to 80 students held the beef festival on Sunday evening to demonstrate against the Centre's notification.

Earlier this week, expressing strong disapproval of the Centre's move, Kerala Chief Minister Pinarayi Vijayan had sent a letter to Prime Minister Narendra Modi, by attacking the BJP-led government at the centre and the RSS, saying there was no need for the people of his state to draw lessons from New Delhi or Nagpur on their food habits.