Hundreds of Afghan troops flee to Tajikistan as Taliban advances 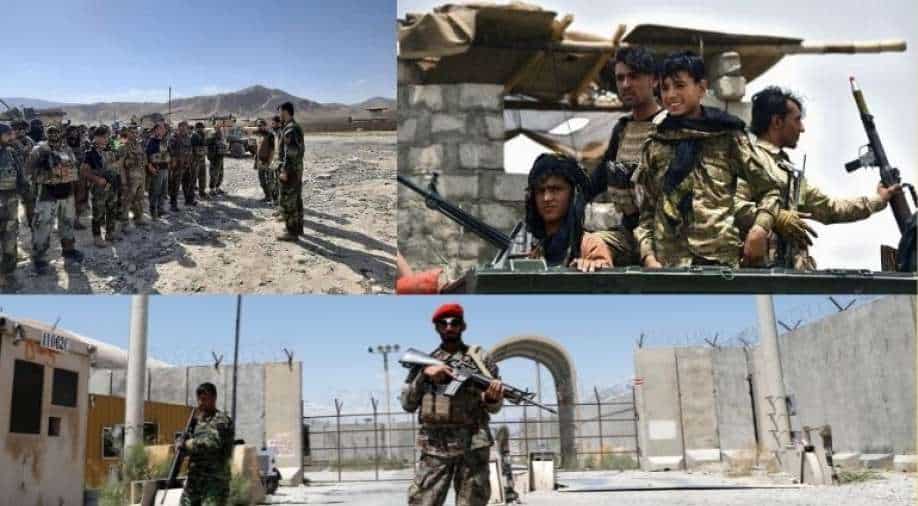 The White House had said on Friday that the US troop pullout would be complete by the end of August.

Amid fighting in Afghanistan, reports said at least 1,000 Afghan troops have fled to Tajikistan after facing defeat against the Taliban even as US troops continue to their pullout.

The Taliban has been seizing territories in the northern region even as US troops handed over Bagram airbase to Afghan security forces. According to Tajikistan's national security committee, over 1,000 Afghan troops fled after the clashes.

There were earlier reports of Afghan troops crossing over to Tajikstan, however, on Sunday Afghan forces retreated in big numbers. Taliban took over six districts in northern Badakshan province bordering Tajikistan and China, including Takhar provinces.

The northern region was a traditional stronghold of the anti-Taliban forces in the 90s. Reports had earlier said the Afghan forces were due to launch a counterattack.

Afghan President Ashraf Ghani had earlier spoken to Tajikistan President Emomali Rakhmon to discuss the issue with the escalation of the situation in Afghanistan's northern areas being the main agenda of the discussion.

The White House had said on Friday that the US troop pullout would be complete by the end of August. President Joe Biden had set September 11 as the final departure date of the complete withdrawal of US troops from Afghanistan.

As the US troops left Bagram, the Taliban said: "Afghans can get closer to stability and peace with the full withdrawal of foreign forces."

The US has however said it would be assisting Afghanistan and would provide $3 billion security cover in 2022 even as the Taliban refuse to declare a ceasefire as districts keep falling with peace talks stalling in Doha.

Reports said the Taliban is closing in on Kandahar and Helmand with some districts on the outskirts already taken by the militants.

Meanwhile, Russia's foreign ministry said that its consulate in Mazar-i-Sharif in northern Afghanistan was being suspended over security concerns.