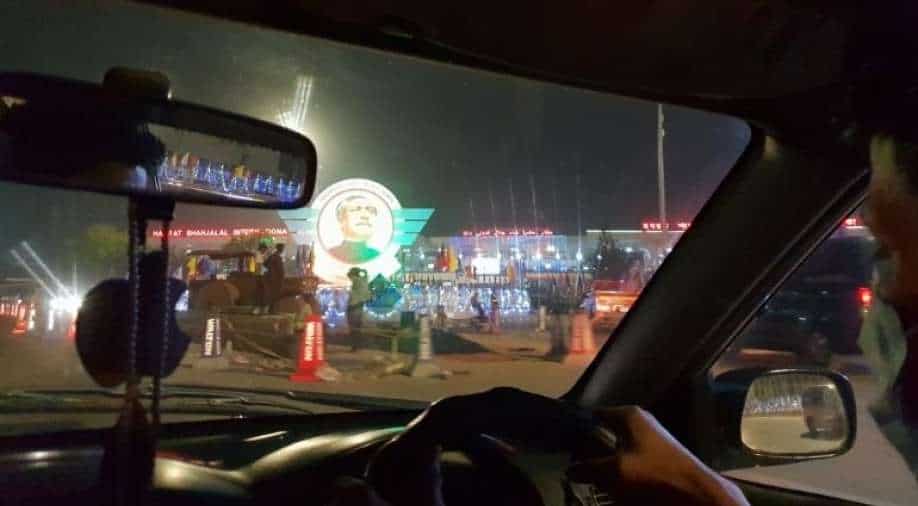 The streets of Dhaka are lined up with pictures of its father of the nation, Sheikh Mujibur Rahman, even as the mood in Dhaka is celebratory as the country marks its 50th Independence anniversary.

In a few days, India's prime minister Narendra Modi will be in the city for a two-day visit. Upon landing in Dhaka on Friday, he will be welcomed by the Bangladesh PM herself at the Hazrat Shahjalal International airport.

It will be followed by a visit to the National Martyrs' Memorial in Savar where Modi will pay tributes to those who made sacrifices for the liberation of Bangladesh 50 years ago. India is celebrating its own Swarnim Vijay Varsh to recall the 1971 war with Pakistan — one that lead to the creation of the modern state of Bangladesh.

PM Modi will be the chief guest at the country's 50th independence day celebration at the National Parade Ground and Bangabandhu International Conference on Friday.

This year is a significant year for the country as it not only celebrates 50 years of independence but also the birth centenary of Sheikh Mujibur Rahman, the father of the nation — Mujib Borsho.

Also read | George Harrison-Ravi Shankar Concert for Bangladesh: Where history was made in music

The visit of the Indian PM will be historic, given that he will go beyond the capital to three other important places. His first stop will be the Jeshoreshwari temple in Ishwaripur, a temple dedicated to Goddess Kali and one of the shaktipiths of Hindu religion.

He will then move on to Tungipara to pay homage at Bangabandhu Mausoleum — the birthplace of the father of Bangladesh. Finally, he will visit a Thakurbari in Orakandi, which is the birthplace of the Harichand Thakur who formed the Matua sect. Matuas, migrated from Bangladesh to West Bengal and can decide influence polling in 70 assembly constituencies in the Indian state that goes to polls. The key demands of Matuas are citizenship and that is linked to CAA law, a key law passed under the ruling BJP government.

Ties between the two countries have been on an upswing and undergoing what the two sides have been calling 'Shonar Adhya' (or golden phase).

Indian Prime Minister had last visited Dhaka in 2015. Since then, both sides have increased engagement in various ways. In December, the two countries organised a virtual summit, during which the key focus was connectivity with the opening of the Haldibari-Chilahati rail link connecting Bangladesh with the Indian state of West Bengal.

Ahead of the visit of the Indian Prime minister, EAM Jaishankar had visited the country to lay the ground for PM's visit.

PM Modi was initially expected to visit Dhaka last year in March, but the plan was scrapped due to the coronavirus pandemic. This is the first visit of PM Modi amid the pandemic and one that will be a packed one. PM Modi last traveled abroad in November 2019.