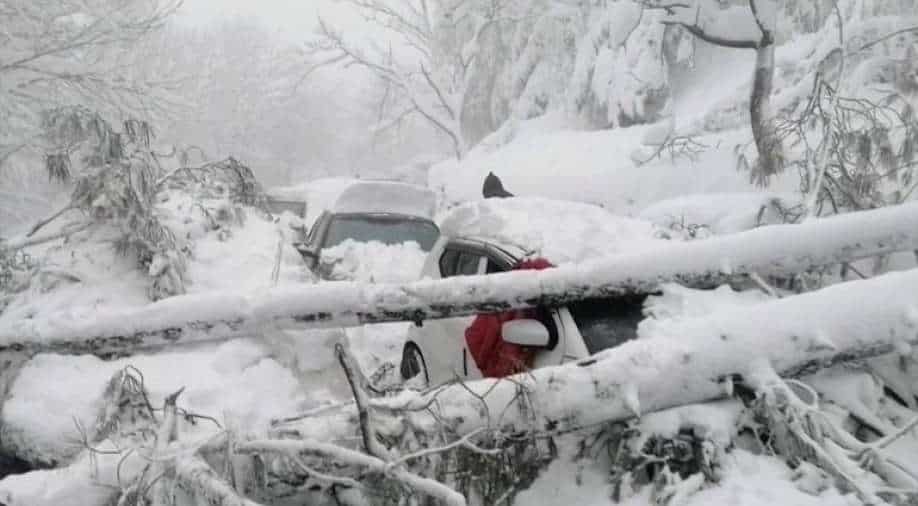 Following the recent Murree disaster in Pakistan, which took the lives of innocent visitors, netizens on the microblogging platform Twitter have called for a boycott of the highland resorts because hoteliers have requested excessive rates in the inhuman conditions.

Tourists were compelled to spend the night in their automobiles due to excessive hotel fees; many could not afford the high-priced accommodations.

Tourists claimed to a local media outlet that "cold-hearted" hotel proprietors had no pity, even on children, and that basic food prices had increased due to the bad weather conditions in the most-visited area.

A ten-rupee packet of biscuits was sold for Rs300, while a water bottle was offered for Rs250-300.

The businessmen of Murree are cruel. They don’t have any humanity, their hearts are made of stone. They only know one thing, looting money from those who are desperate & in need. The govt must fine them some how & the people should boycott Murree. #Murree

Majboori ka faida, 50k hotel room per night in Murree, due to which those Pakistanis who couldn't afford died in their cars.
Me as a patriotic Pakistani is going to #boycottmurree until there is legal action against the Hotel mafia's.
Spread the words and start this trend. pic.twitter.com/UccxvM2Z3g

As a result, many people were compelled to stay in their cars during the snowstorm as a result of the circumstances.

For hours, many people went hungry.

A journalist tweeted a receipt from a hotel in Murree that showed he was charged Rs 20,000 for a single room.

The family was instructed to evacuate the accommodation the next day because it lacked a heater and hot water.

Using the hashtag # BoycottMuree, Pakistanis are constantly uploading videos and sharing their thoughts on the behaviour of locals and hotels in Murree.

It is extremely shameful to see how a few locals in Murree have found a way to make a quick buck. Authorities should investigate this and we have to focus on making our places tourist-friendly. https://t.co/RxxoyQ4XAC