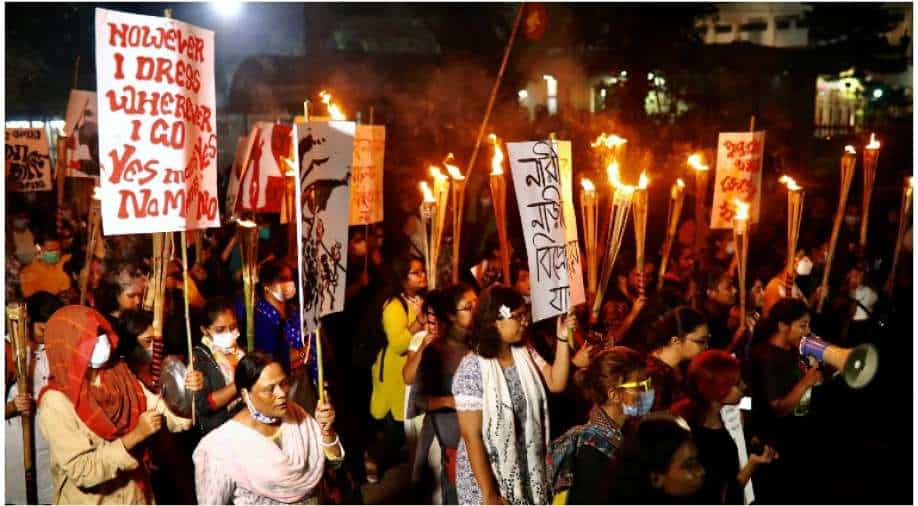 Protesters took to Dhaka's streets on Wednesday to demand action on rising rape cases in Bangladesh, saying a new law that expanded the use of the death penalty was not enough to bring about real change.

Women's rights campaigners are demanding a root and branch reform of the legal system and more education to address what they say is a rising incidence of violence against women in Bangladesh.

Earlier this month, the government changed the law to make rape committed by a single person punishable by death following protests triggered by an online video showing a group of men sexually assaulting a woman.

Previously, the death penalty could only be applied to gang rape, or rape that resulted in the victim's death.

"We didn't protest to change the law or to look for punishments. We protested to change this culture where women and girls are treated unfairly," said Shireen Huq, founder of Naripokkho, a women's rights group.

"To change this, we need to attack the root. We need to include sex education in curriculums. We also need to educate families so that they stop blaming girls for this," she told the Thomson Reuters Foundation.

Government ministers could not immediately be reached for comment. Law Minister Anisul Huq told reporters last week that he was confident the change in the law would lead to a drop in rapes.

Bangladesh has seen a surge in reported sexual crimes in recent years, but convictions remain rare at just 3% of cases.

Nearly 1,000 sexual crimes were reported between January and September, including more than 200 gang rapes, according to human rights group Ain-o-Salish Kendra.

Among the proposals put forward by the Rape Law Reform Coalition of 17 human rights groups are more options for sentencing convicted rapists.

At the moment, the only options are life imprisonment or death, which campaigners said could make judges reluctant to convict.

It also wants the government to review the use of character evidence in rape cases, which it says provides scope for blaming the victim.

Campaigners have also urged the government to ensure rape trials are completed within 180 days.

"There are cases which have been running for 12 years. We need to improve on this," said Maleka Banu, a spokeswoman for Bangladesh Mahila Parishad, a women's rights group.

Activist Shrobona Shafique was among the about 150 protesters who turned out on Wednesday, following a larger demonstration over the weekend that was attacked by counter-demonstrators.

"We raised our voice against the attack of the anti-rape rally. We also reaffirmed that we don't think death sentence is the solution," she said. "We need systemic changes."