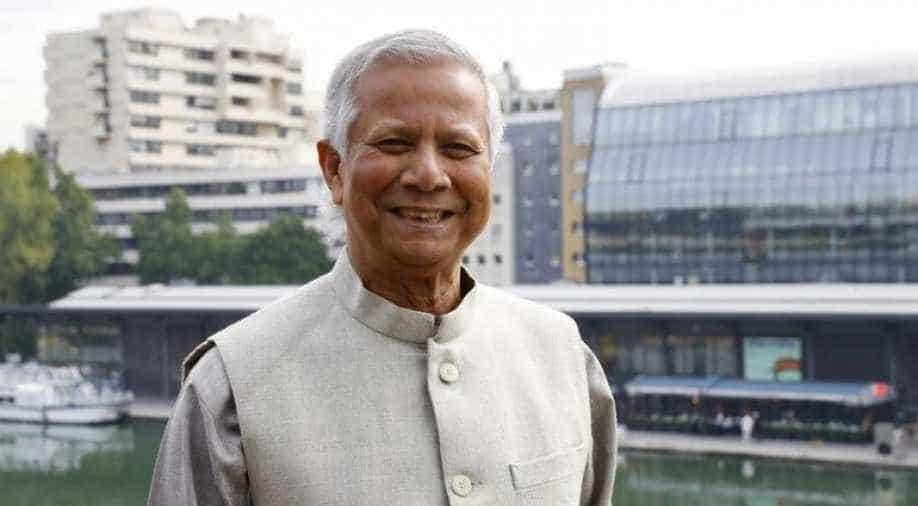 A judge at a court in Dhaka issued the order as sacked workers from Grameen Communications (GC) lodged a complaint saying they were fired because they set up a trade union.

Bangladeshi economist and Nobel laureate Muhammad Yunus has been issued with an arrest warrant after failing to appear at a hearing over the sacking of workers at a company he heads, officials said Thursday.

A judge at a court in Dhaka issued the order Wednesday as sacked workers from Grameen Communications (GC) lodged a complaint saying they were fired because they set up a trade union, court clerk M. Nuruzzaman told AFP.

Yunus, who is chairman of GC, did not attend the hearing as he was abroad. The chief executive officer and a senior manager at the company appeared at the court and secured bail, Nuruzzaman said.

"He (Yunus) left Bangladesh before receiving any summons for appearing before the court. As soon as he returns, an appropriate legal step shall be taken," Yunus's lawyer Kazi Ershadul Alam told AFP.

The 79-year-old former economics professor who founded the pioneering poverty-busting microlender Grameen Bank, has been at odds with Prime Minister Sheikh Hasina since 2007 when he made a brief foray into the country's highly polarised politics.

In 2011, he was sacked as the head of Grameen Bank, in a move widely believed to have been orchestrated by Hasina. He challenged his sacking in the highest court, but lost.

Yunus set up the Bank, which co-won the Nobel with him in 2006, in 1983 to make collateral-free microloans to millions of rural entrepreneurs. The bank is now run by managers appointed by Hasina.

Hasina has accused him of "sucking blood" from the poor amid allegations the bank charges interest rates of more than 20 per cent and suggested he was responsible for the World Bank pulling a $1.2 billion loan for a mega-bridge project.