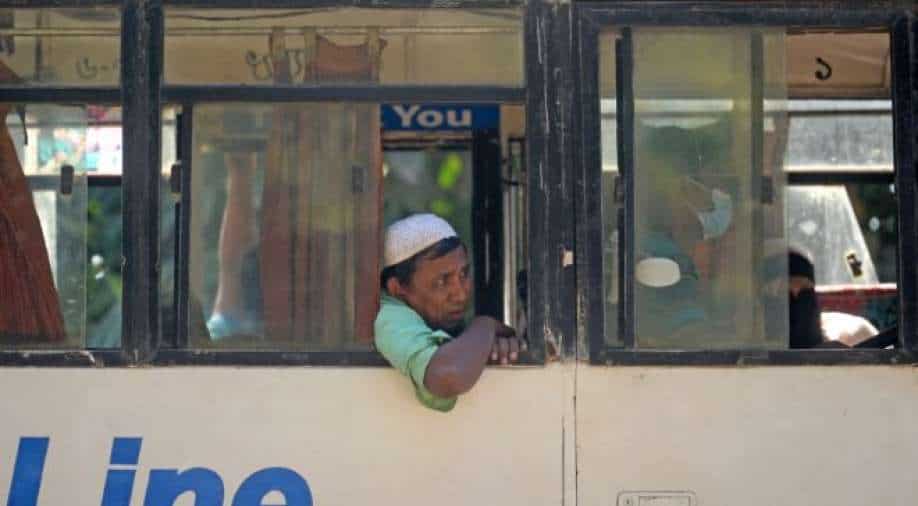 Almost a million Rohingya -- most of whom fled a military offensive in neighbouring Myanmar in 2017 -- live in a vast network of squalid camps in south-east Bangladesh.

Bangladesh began transferring several hundred Rohingya refugees on Thursday to what the UN and rights groups worry is a dangerous low-lying island prone to cyclones and floods.

Almost a million Rohingya -- most of whom fled a military offensive in neighbouring Myanmar in 2017 -- live in a vast network of squalid camps in south-east Bangladesh.

With many of them refusing to return without guarantees for their safety and rights, and with violent drug gangs and extremists active on the sites, the Bangladeshi government has grown increasingly impatient to clear out the camps.

On Thursday at least 10 buses left the camps in the Cox's Bazar region, headed for the port city of Chittagong, police said.

From Chittagong the refugees were due to be taken by military landing craft to the island of Bhashan Char on Friday, officials said.

Earlier the officials told AFP they planned to move around 2,500 people to the low-lying silt island in a first phase.

Scores of other buses were standing by at the camps in the Cox's Bazar region, an AFP reporter at the scene said.

But it was unclear if more people would board the buses, with rights groups alleging that some of the refugees had been coerced into volunteering to be transferred.

Bhashan Char, measuring 13,000 acres (52 square kilometres), is one of several silty strips to have surfaced in the area in recent decades.

The Bangladesh Navy has built shelters there for at least 100,000 Rohingya refugees as well as a nine-foot (three-metre) embankment to prevent flooding.

But locals say high tides flooded the island as recently as a few years ago and that cyclones, a regular occurence in the region, can cause storm surges of four or five metres.

The United Nations office in Bangladesh issued a terse statement on Thursday saying it was "not involved" in the relocation process and had been given "limited information".

It said the UN had not been allowed to independently assess the "safety, feasibility and sustainability" of the island as a place to live.

It said the refugees "must be able to make a free and informed decision about relocating" and that, once there, they should have access to education and health care -- and be able to leave if they wish.