Australia to open mission in Maldives; invest in Bangladesh 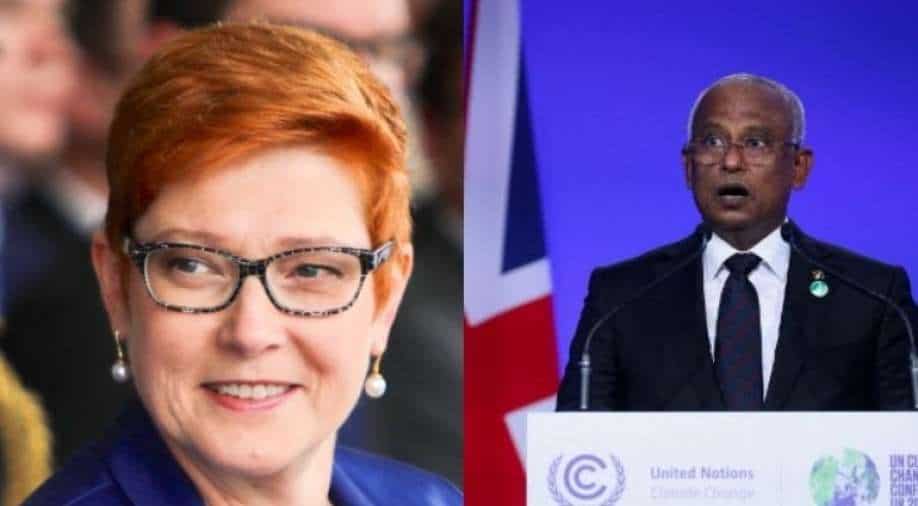 Foreign minister Payne in a statement explained that the new Australian High Commission will 'promote enhanced cooperation on maritime security, combatting transnational crime and collaboration on climate change and the blue economy.'

In a significant upping of engagement in South Asia and the larger Indian Ocean region, Australia has announced that it will be opening its High Commission in the Maldives and invest $36.5 million over five years in the region.

Australian foreign minister Marise Payne in a statement said, "Australia will open a High Commission in Malé to strengthen engagement with an important Indian Ocean neighbour. A permanent Australian diplomatic presence in the Maldives will build on the shared aspirations of Australia and Maldives for a stable, secure and resilient Indo-Pacific."

With this announcement by the end of 2023 all Quad members will have permanent missions in the Maldives.

US in 2020 had announced that it will open a mission in the country. The Maldives is a key country in the Indo-Pacific and holds a large exclusive economic zone in the Indian Ocean, a region that is at the crossroads of international trade.

Foreign minister Payne in a statement explained that the new Australian High Commission will "promote enhanced cooperation on maritime security, combatting transnational crime and collaboration on climate change and the blue economy."

The mega-investment that has been announced will be in sectors like disaster preparedness, trade, connectivity.

Around $11.4 million of the $36.5 million announced will be used to improve regional cooperation on maritime shipping, disaster resilience and information sharing.

Bangladesh will be a key focus for the investment with $10.2 million going to the country's digital sector and $4.3 million has been set aside to support relationships across the LNG supply chain between Australia, India and Bangladesh.

The foreign minister's statement said, "Together, these measures will support opportunities for trade, investment and connectivity in the northeast Indian Ocean." The statement pointed that the Morrison government will invest $4.8 million to improve Australian resources and mining equipment, technology and services (METS) understanding of South Asian markets and around $5.8 million to promote infrastructure investment opportunities in the region to Australian business.

The development comes even as Chinese engagement in the region has led to a debt crisis.

Interestingly, the announcement was made on a day when Quad - India, Australia, US and Japan foreign ministers are meeting in Melbourne.