Ahead of Eid, Pakistanis fear price rise of food essentials following suspension of trade with India 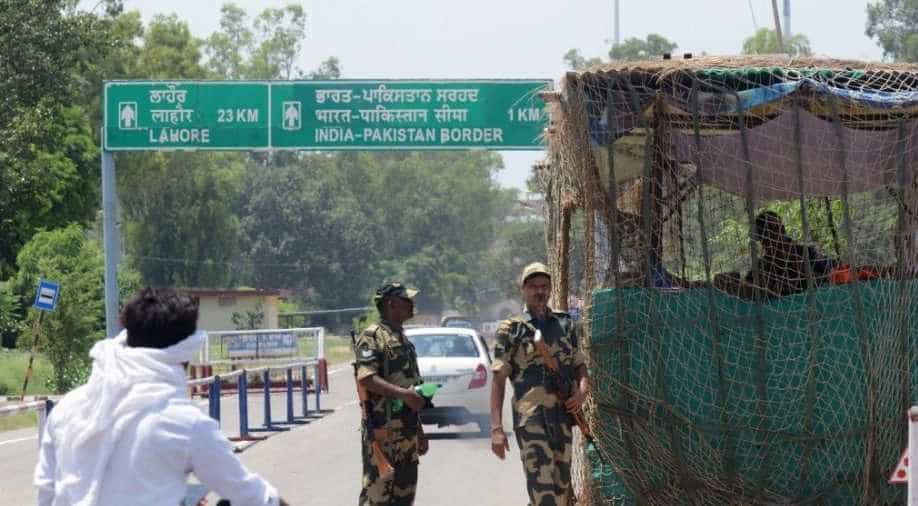 Traders and common people said it was going to be a difficult Eid for them as a ban on Indian food imports would further add to the inflationary pressure.

People across Pakistan are fearing that the prices of all food items could skyrocket following the country's decision to suspend trade relations with India after the latter abrogated Article 370 which granted special status to Jammu and Kashmir.

Traders and common people said it was going to be a difficult Eid for them as a ban on Indian food imports would further add to the inflationary pressure that is already crippling the household budgets of most Pakistanis.

"As it is rising inflation was disturbing our daily kitchen expenses. There is no increase of income but from milk to vegetables to meat- everything has become costly. And now suspending trade (with India) will further increase prices of daily kitchen items. I don't know how we are going to manage," said Najma, a housewife.

Even street-hawkers feel the move of snapping trade ties with India will snowball into impacting the Pakistani markets more."Just 3-4 days are left for Eid and the market looks so dull. We depend on India for vegetables and onion, which is so essential to cook food on Eid. I am sure, the price of onion and all will increase further. What does Imran Khan want us to eat? Grass?," said Iftikhar, an onion seller.

Watch: Do Pakistanis support their own government?

Pakistan has been staring down the barrel of a balance of payment crisis for more than a year.

The country depends on India for the imports of essential food items, such as onion, tomatoes and chemicals. And with Eid around the corner, the common man in Pakistan could end up burning a hole in the pocket.

"This is going to be pheeki (lacklustre) Eid- really. And then the marriage season following Eid will also be dampened by suspending trade with India. Then follows a lull period during Muharram. I really don't understand what the government thought by this knee-jerk reaction of denting into our own economy by snapping trade relations with India," said Ashfaq, a banker.

Rattled by India's decision to strip the special status of Jammu and Kashmir and bifurcating it into two Union Territories, Pakistan has said it will consider "all options" to counter what it called New Delhi's "illegal" steps.

Apart from downgrading bilateral relations with India and suspending all bilateral trade activities, Pakistan has partially closed down its airspace till September 5 and suspended train services of Samjhauta Express from its side in the aftermath of India revoking the Article 370.

Responding to Pakistan's move, New Delhi asked Islamabad to review the steps so that normal channels for diplomatic communications are preserved, while strictly maintaining that its steps in Jammu and Kashmir are " an "entirely internal affair".

However, the impact of Pakistan's move would be insignificant on India, in consideration to the fact that the imports from Pakistan had declined by 92 per cent to $2.84 million in March this year when India had imposed 200 per cent customs duty on all goods imported from the neighbouring nation.

It may be noted that India had revoked the MFN (most favoured nation) status to Pakistan in the aftermath of the Pulwama attack in February.

The country has repealed a security exception clause of the World Trade Organisation (WTO) to withdraw the status. Under the MFN pact, a WTO member country is obliged to treat the other trading nation in a non-discriminatory manner, especially with regard to customs duty and other levies.

The problem does not end here for Pakistan. In April, the Indian government decided to suspend all cross-LoC trade with Pakistan after receiving reports that the routes were being used by elements in Pakistan to push weapons, narcotics and counterfeit currency into India.

Following the Pulwama attack, inputs have also been received that in order to evade the consequent higher duty, LoC trade is likely to be misused to a much larger extent.

On July 22, data from the State Bank of Pakistan revealed that the country's exports to South Asian neighbours had dropped 14 per cent to $2.672 billion in the last fiscal year of 2018-19 from $3.104 billion in the previous year, according to News International.

The decline was due to the dip in exports to three neighbouring countries namely India, Afghanistan and Iran.

Pakistan's exports to India was pegged at $312.032 million during the last fiscal year, compared with $419.773 million in June-July 2017-18. These figures came after India imposed 200 per cent customs duty on Pakistani imports and the stripping of the MFN status by New Delhi.

The prices of essential food items generally soar around a major festival like Eid, due to the increase in their demand. Wednesday's decision by Pakistan to suspend trade relations with India would mean that the supply of these items would further reduce. The impact is expected to be both short and long term.

Pakistan Prime Minister Imran Khan, who was elected to power last year, on an anti-corruption plank and a promise to implement austerity measures amid a crumbling economy, has struggled to contain the rise of prices of food essentials and fuels, leading to discontent among the masses.

Earlier this month, the Pakistani government hiked the prices of petrol and diesel by Rs 5.15 per litre and Rs 5.65 per litre respectively, even as the country is facing a severe financial crunch.

Apart from the hike in petrol and diesel prices, the rates of kerosene oil and light diesel have now become costlier by Rs 5.38 and Rs 8.90. The new prices for diesel, kerosene and light diesel now stands at Rs 132.47 and Rs 103.84 respectively.

The move comes after the government had ordered the reduction of the prices of 'naan' and 'roti', the country's staple and hugely popular flatbreads. Currently, the rates of naan are ranging between Rs 12 to Rs 15 in different cities across Pakistan, while roti is available at Rs 10 to Rs 12 a piece.

The new prices which are yet to be revealed are expected to be substantially lower than the current ones.