Ahead of Bangladesh vote, opposition says it faces 'a reign of terror' 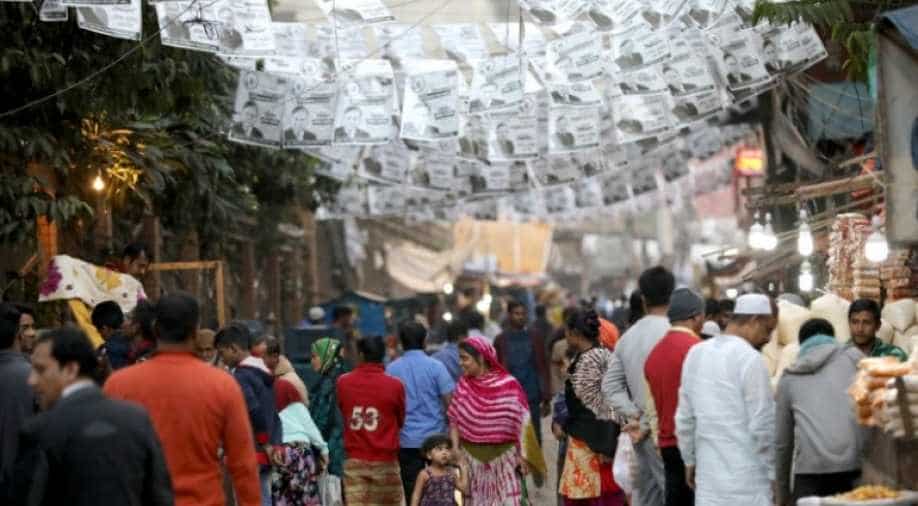 Thousands of campaign fliers bearing photographs of the nuclear physicist with flowing grey hair lie in piles at his home because his supporters are too frightened to put them up in public places, the 72-year-old said.

Bangladesh has a general election this weekend, but opposition candidate Abdul Moyeen Khan says he is yet to hold a single public meeting in his constituency about 30 miles (50 km) northeast of Dhaka, the capital.

Thousands of campaign fliers bearing photographs of the nuclear physicist with flowing grey hair lie in piles at his home because his supporters are too frightened to put them up in public places, the 72-year-old said.

The Bangladesh Nationalist Party (BNP), the Muslim majority nation's biggest opposition group, is fighting Sunday's election as part of an alliance cobbled together three months ago. But its leaders, candidates such as Khan, and workers say they are facing violent attacks and intimidation, including shootings and arrests, that have stunted their ability to campaign.

Posters of Prime Minister Sheikh Hasina's Awami League are plastered and hung up from utility poles across the country. But barely visible are those of its opponents, many of whom, including BNP chairperson and three-time premier Khaleda Zia, have been jailed on what the BNP calls trumped-up charges.

Not trusting Hasina to hold a fair election, the BNP boycotted the last vote in 2014. This time, it stayed in the race by banding together with smaller parties, but several BNP leaders say they are regretting that decision.

With over 100 million registered voters and 300 seats in parliament, this is one of the largest national elections anywhere in the world this year. But as campaigning came to an end on Friday, opposition leaders said they had barely stirred out of their homes.

"I am not even allowed to campaign, and they are threatening voters to stay away," Khan said at his home in Dhaka earlier this week, where he was visiting an assistant hospitalised after being assaulted.

In the first two days of this week, opposition workers in 88 constituencies had been attacked, Khan said. One candidate has sued police for shooting him eight times with pellet bullets while he was out seeking votes.

Hasina's Awami League, seeking a third straight term in power, has denied the allegations and blames the opposition for attacks that killed at least five of its workers and injured more than 300 in the past three weeks.

Imam also listed steps Hasina had taken since coming to power to ensure free and fair elections, including strengthening the Election Commission, introducing see-through ballot boxes and empowering the police to act against political parties' use of money and muscle.

Yet a rift has developed in the Election Commission, with Mahbub Talukdar, one of the five commissioners, saying last week there was no level playing field.

"It is not enough to hold a participatory election, it should also be free, fair and as per the law," Talukdar said in a statement on Wednesday.

His boss, Chief Election Commissioner KM Nurul Huda, has said Talukdar was lying and also rejected the opposition's allegations of bias. He did not respond to calls from Reuters seeking further comment. Police say they have been working under the orders of the Election Commission since last month.

More than 61 per cent of the opposition alliance's 287 candidates face criminal cases, compared with only around 7 per cent of the ruling party's 299, according to affidavits filed by candidates at the Election Commission that were analysed by the Dhaka-based civil society group Shujan.

BNP says more than 8,200 leaders and activists of the opposition alliance, comprising around 20 parties, have been arrested since the election schedule was announced early last month. It added four workers had been killed and more than 12,300 injured in various assaults in that period.

Sohel Rana, a spokesman for the Bangladesh police, declined to give figures of arrests or attacks on political leaders and activists but said his department took allegations of mistakes in filing charges seriously and would take action against any officers found responsible.

Street politics has always been violent in Bangladesh, which won freedom from Pakistan in 1971 under the leadership of Hasina's father Sheikh Mujibur Rahman. Khaleda, who has served as prime minister for 10 years, is the widow of former president Ziaur Rahman.

A bitter decades-long rivalry between Hasina and Khaleda - often called "the two begums", or noblewomen - has frequently manifested itself in violence by their parties' student and youth wings.

Ataur Rahman, who chairs the bipartisan think-tank Centre for Governance Studies (CGS), said the dominance of the party in power, violence across the country, and police cases against the opposition were all concerns.

A Facebook poll by CGS this week showed nearly 80 per cent of 4,500 respondents were in favour of the opposition. Still, Rahman predicts Hasina will retain power. And other polls show her party remains popular.

Results released in September of a survey by the US-based nonprofit International Republican Institute showed 62 per cent of Bangladeshis said they thought the country was headed in the right direction, citing an improving economy. The country's garments industry that generates sales of $30 billion a year, is booming.

But the survey of 5,000 respondents also found that Bangladeshis were losing confidence in democratic institutions and processes, with only 32 per cent saying they believed this election would be free and fair.

Hasina has been lauded internationally for providing refuge to Rohingya Muslims fleeing persecution in Myanmar, but her government is accused of suppressing dissent and jailing critics. Many journalists say she has intimidated the media by using vaguely worded laws, which she denies.

US funded political observers who were scheduled to visit to monitor elections have been forced to cancel plans due to what Washington said was Bangladesh's "inability to grant credentials and issue visas within the timeframe necessary". Bangladesh's foreign ministry said it was following due process.

Where are the posters?

When a group of daily wage labourers gathered in Dhaka this week, supporters of both political groups said no other prime minister had helped build more roads and culverts than Hasina.

But they said they should be free to elect their leader, and that a lack of campaigning by the opposition was not helping them decide.

"Opposition people can't even put up election posters, can’t open election offices," said Musharraf Hussain Sharafat, 50, who works as a decorator at tents put up for weddings. "We think we won’t even be allowed to vote."

In one of them, the Awami League’s General Secretary and Minister of Road Transport and Bridges, Obaidul Quader, was seen out seeking votes last weekend with a cavalcade of black SUVs and his area's top police officer for security.

Quader smiled down from posters hung from trees, electrical wires, and plastered on walls, as loudspeakers perched atop rickshaws blared Hasina’s praises.

His opponent Modud Ahmed, a former prime minister, said he had stayed in his home for most of this month out of fear of attacks. He said his supporters face assaults and threats from stick and gun-wielding Awami League student and youth wing activists.

"We don't call them students," said Ahmed, Bangladesh's first postmaster-general. "We call them Hasina's armed cadres. There is a reign of terror."

Quader declined to meet with Reuters despite repeated requests.

Nizam Uddin, local leader of the Awami League’s student wing, rubbished Ahmed's allegations, saying instead that his own members had been attacked by BNP workers.