Afghanistan: 31 terrorists including 13 Pakistani belonging to JeM killed in operation by Afghan forces in Khogyani 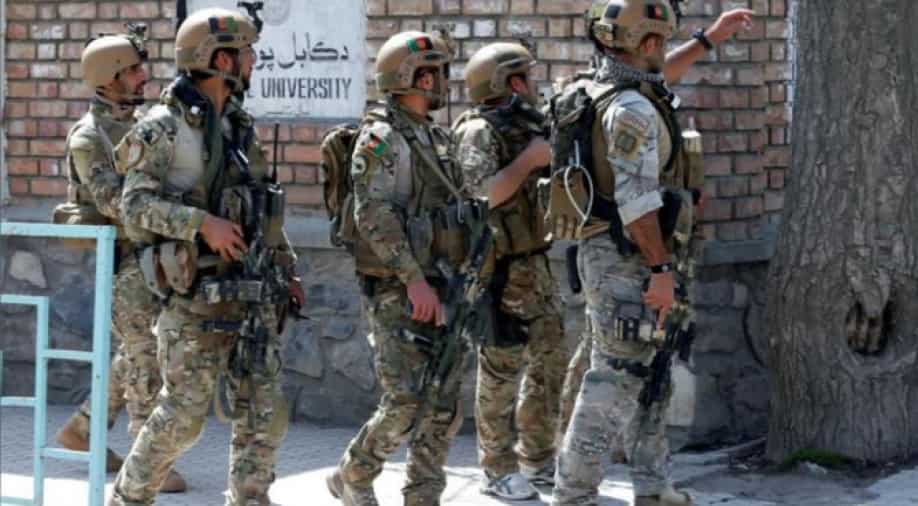 Violence in Afghanistan has risen in recent months even after a peace deal was signed between the US and Taliban earlier this year.

In yet another development that highlights how Pakistan uses terrorism as a tool for its foreign policy, a total of 31 terrorists including 13 Pakistani nationals, belonging to Jaish-e-Mohammad (JeM) were killed in an operation by National Directorate of Security (NDS) and Afghan National Army (ANA) in Mirza Khel in Khogyani district.

The NDS and ANA are jointly conducting clearance operations in Mirza Khel in Khogyani district.

The operation is still underway. It is reported that a total of 31 terrorists have been killed which includes 18 Afghan Taliban and 13 Pakistan terrorists belonging mostly to JeM.

These terrorists are affiliated to Maulsvi Sohail, a resident of Khogyani. One terrorist has been captured alive who is reportedly from JeM.

This comes days after Pakistani ID cards were recovered from the bodies of terrorists killed in Afghanistan`s Kandahar, Khaama news agency had reported.The developments highlight Pakistan`s complicity in aiding Taliban to create unrest in Afghanistan.

Violence in Afghanistan has risen in recent months even after a peace deal was signed between the US and Taliban earlier this year.

The US-Taliban accord, signed in Qatar`s capital of Doha at the end of February, was meant to allow for American troops to gradually leave Afghanistan after 19 years of war and pave way for intra-Afghan negotiations that would shape the country`s political future.Under the accord, the Taliban pledged to combat other terror groups -- including al-Qaeda, which they once harboured -- and prevent terrorists from using Afghan territory to stage attacks on America.

Pakistan has been aiding and abetting terrorism in the region. Islamabad has been arming and sheltering Taliban to gain influence in Afghanistan.