Students of Swiss primary school preparing for their mission to Mars 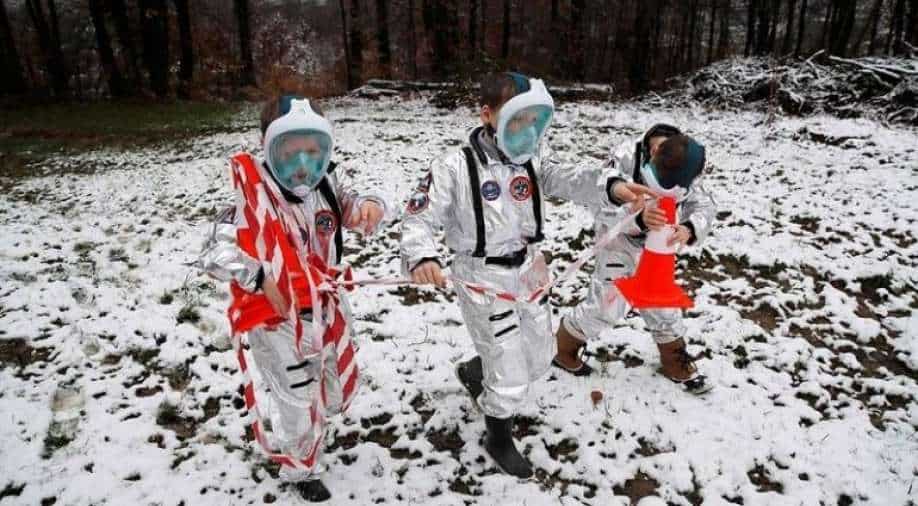 Students of Swiss primary school preparing for their mission to Mars Photograph:( AFP )

Some of Switzerland's top space experts, including the country's only astronaut, Claude Nicollier, evaluated the detailed mission plan the children had developed over nine months

While the world has been riveted by the escapades of NASA's Perseverance Mars rover, a group of Swiss primary school children has been eagerly preparing their own mission to the red planet.

Some of Switzerland's top space experts, including the country's only astronaut, Claude Nicollier, evaluated the detailed mission plan the children had developed over nine months. They were given the all-clear for lift-off on March 8.

The children "exploded with joy" when they heard, their teacher at the Vivalys private school near Lausanne, Sebastien Roussel, said.

"It was like watching the NASA engineers' ecstatic reaction when Perseverance touched down."

Their destination? A Mars space station conveniently situated a bus-ride away in a secluded wooded area on the outskirts of Lausanne in western Switzerland.

Here, the 16 eight- and nine-year-olds will spend three days carrying out experiments similar to some conducted by actual astronauts, including attempting to grow plants to sustain them on the long journey.

And while the idyllic, snow-sprinkled surroundings are far less hostile than the windswept, dusty surface of Mars, the children wear suits and helmets whenever they step outside.

In a bid to simulate a true space mission, all the children's meals consist of freeze-dried space food. Initial plans for them to sleep on site were meanwhile scrapped due to the Covid-19 pandemic.

During the months of preparation, the children participated in workshops on astronomy and rocket engineering hosted by students at the neighbouring EPFL -- among the most prestigious technical universities in Europe.

The mission required them to use mathematics to calculate the distance to Mars, and they have also sharpened their language skills, learning how to spell the names of the planets.

The first experiment the team embarks upon after arriving at the space station is launching home-made paper rockets into space.

Perseverance's images from Mars have also left some children eager to see humans walk on the red planet.