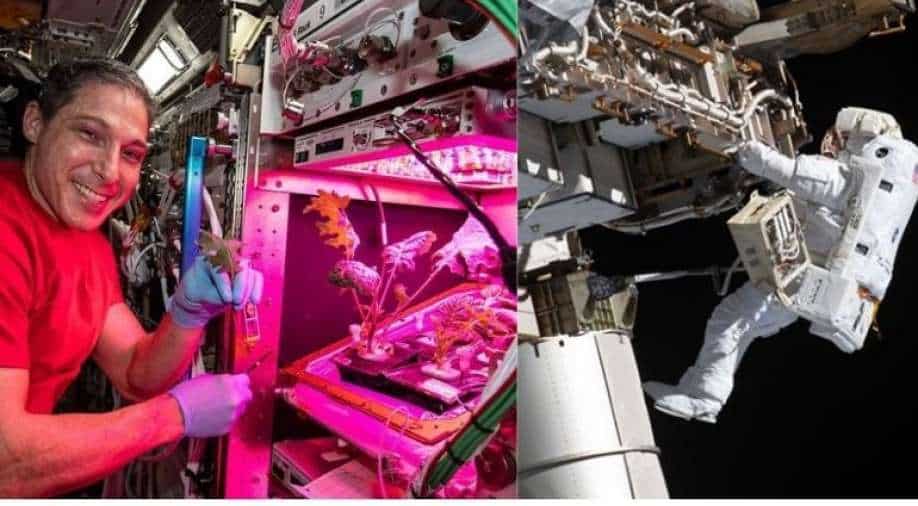 Hopkins initiated two experiments - VEG-03I which involved the first successful plant transplants in space and VEG-03J which featured the use of new seed film developed at NASA’s Florida centre.

According to NASA, its astronauts are set for the third spacewalk at the International Space Station(ISS) on Saturday as Michael Hopkins and Glover spent some time on "space gardening" tasks.

Join us LIVE on March 13 to watch @AstroVicGlover and @Astro_illini complete upgrades outside the orbital lab while working ~254 miles above Earth.

Coverage starts at 6am ET. Get the details: https://t.co/qMygv8YgcO pic.twitter.com/xsqRRRwfbW

"NASA astronaut Mike Hopkins’ enthusiasm for learning to grow plants in space has proven fruitful for the agency’s Vegetable Production System (Veggie)," the agency said in its blog.

The Expedition 64 crew member had arrived at the ISS in November last year aboard NASA’s SpaceX Crew-1 for a six-month science mission. Hopkins initiated two experiments - VEG-03I which involved the first successful plant transplants in space and VEG-03J which featured the use of new seed film developed at NASA’s Florida centre.

Meanwhile, astronauts Victor Glover and Michael Hopkins are set to spacewalk together to work on the station’s cooling system and communications gear. The duo will spend at least six-and-a-half-hour during their spacewalk working on the venting and relocating ammonia lines.

"Hopkins and Glover were joined by Flight Engineers Kate Rubins and Soichi Noguchi on Tuesday afternoon for a review of this weekend’s spacewalk procedures," the space agency informed.