Metabolic vulnerability of Lymphoma cells can be used to trick these cancers into starving themselves: Study 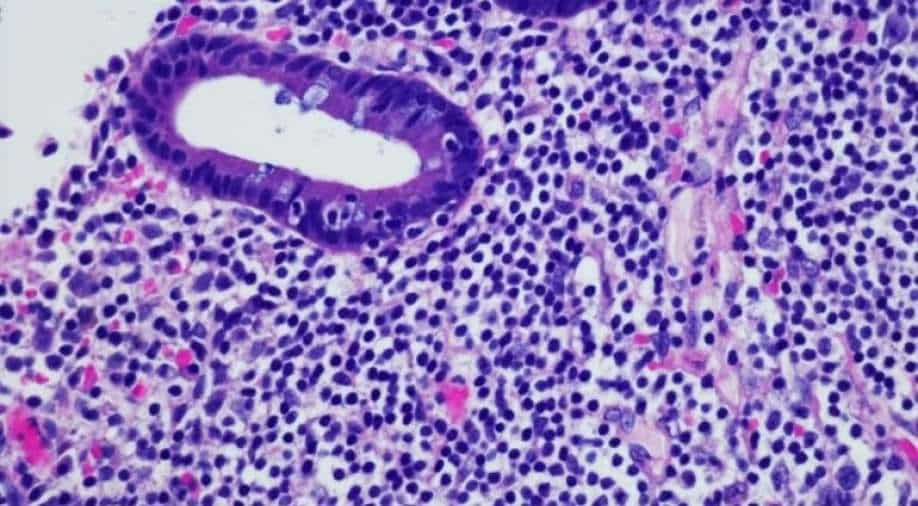 The syndrome, caused by a large, rapid release of immune substances called cytokines, may occur after treatment with some types of cancer therapies and can sometimes be severe or fatal

A new study conducted by researchers at Weill Cornell Medicine and Cornell's Ithaca campus has revealed that the critical metabolic vulnerability of Lymphoma cells can be used to trick these cancers into starving themselves.

The study, published in Blood Cancer Discovery, shows that a protein called ATF4, a genetic master-switch that controls the activities of hundreds of genes, has a key role in supporting the fast growth of diffuse large B cell lymphomas (DLBCLs).

The syndrome, caused by a large, rapid release of immune substances called cytokines, may occur after treatment with some types of cancer therapies and can sometimes be severe or fatal.

It has different symptoms including fever, headache, and troubled breathing, according to the National Cancer Institute.

"ATF4 represents a crucial and exploitable vulnerability in DLBCLs and one that they appear to share regardless of the specific genetic mutations that trigger them," said study co-senior author Ari Melnick.

In the new study, the researchers explored further how SIRT3 promotes DLBCL growth, and found that one of the important ways it does this is by increasing the production of another metabolism-influencing protein, ATF4.

SIRT3 resides in mitochondria, the tiny, oxygen-burning fuel reactors in our cells that are essential for powering cellular activities.

"One of the really interesting things about this study is that it shows how nutrient conditions, in principle even from patients' diets, can profoundly affect cancer-cell activity," said study first author Dr. Meng Li, a member of the Melnick Laboratory who is also an instructor of cancer genomics in medicine at Weill Cornell Medicine.

"My lab has been working on the sirtuin family of enzymes for more than 10 years, yet this study revealed some very interesting connections among SIRT3, metabolism and nutrient or stress sensing," said Dr. Lin. "We are excited to consider the translational potential of this finding in treating lymphoma."