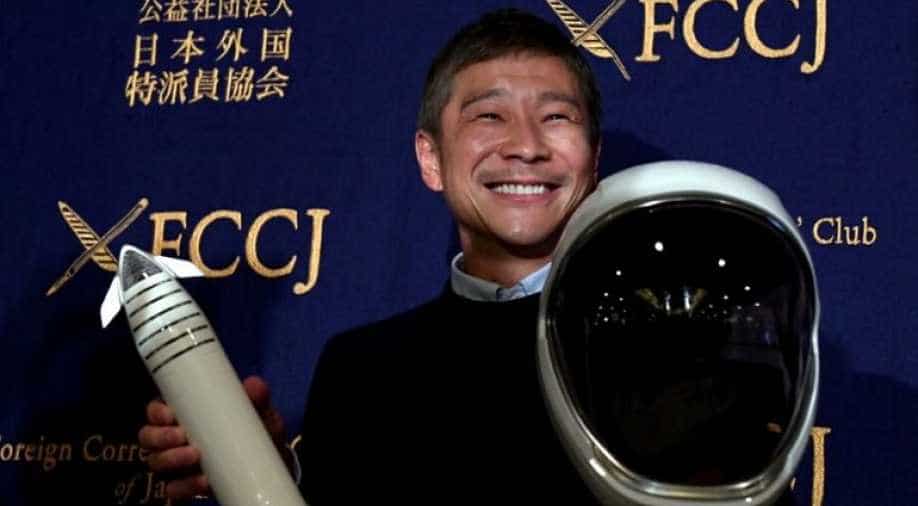 Maezawa, 45, who made his fortune in online retail, also plans to participate in a 2023 mission around the moon aboard a Starship spacecraft of SpaceX, the Roscosmos rival of US billionaire Elon Musk

Japanese billionaire entrepreneur Yusaku Maezawa and his assistant Yozo Hirano will be the next tourists to travel to the International Space Station (ISS), Russia's space agency Roscosmos said Thursday.

Maezawa and Hirano will travel aboard a Russian "Soyuz MS-20 spacecraft that is scheduled for launch on December 8, 2021 from the Baikonur cosmodrome" in Kazakhstan, the agency said in a statement.

Maezawa, 45, who made his fortune in online retail, also plans to participate in a 2023 mission around the moon aboard a Starship spacecraft of SpaceX, the Roscosmos rival of US billionaire Elon Musk.

Maezawa and film producer Hirano, who will be documenting the mission, will begin pre-flight training in June at the Yuri Gagarin Cosmonaut Training Centre in Star City, a closed town outside of Moscow, Roscosmos added.

It said that the flight will last 12 days and the crew will be led by Cosmonaut Alexander Misurkin.

"I'm so curious 'what's life like in space?' So, I am planning to find out on my own and share with the world on my YouTube channel," Maezawa said, as quoted by Roscosmos.

It will be the first time that two of the three spots on a Soyuz space rocket will be occupied by tourists.

The last time Roscosmos took a tourist to the ISS was in 2009, with the flight of Canadian Guy Laliberte, co-founder of Cirque du Soleil.

The resumption of these tourist flights comes as Roscosmos lost its monopoly for ferrying crews to the ISS after a reusable SpaceX rocket last year successfully delivered NASA astronauts to space.