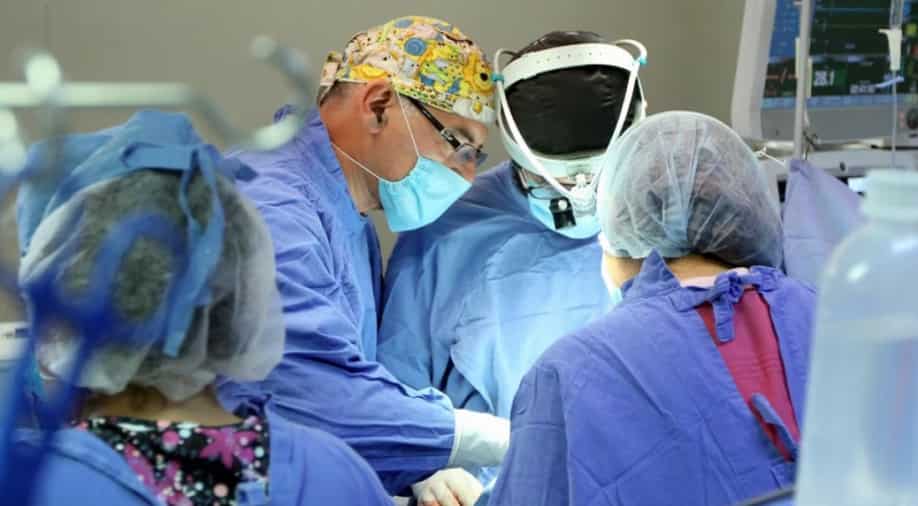 Doctors at Duke University say they have performed a first-of-its-kind heart transplant on a six-month-old boy that can help prevent organ rejection.

They have managed to achieve this feat by implanting some thymus tissue matching the donated organ.

They believe that thymus, which plays a critical role in building the immune system, might help the recipient survive without needing toxic anti-rejection medicines.

Easton Sinnamon of Asheboro of North Carolina received his unique transplant last year when he was 6 months old.

But the doctors at Duke announced it only on Monday after learning that the specially processed thymus implants appeared to be functioning as they expected—producing immune cells that don’t treat the tot’s new heart as foreign tissue.

“This has the potential to change the face of solid organ transplantation in the future,” said Joseph W. Turek, MD, PhD, Duke’s chief of pediatric cardiac surgery and a member of the surgical team that performed the landmark procedure.

“If this approach proves successful – and further validation is contemplated – it would mean transplant recipients would not reject the donated organ and they would also not need to undergo treatment with long-term immune-suppression medications, which can be highly toxic, particularly to the kidneys,” Turek said.

“This concept of tolerance has always been the holy grail in transplantation, and we are now on the doorstep.”

The idea of using donated and processed thymus tissue during heart transplantation has been under study at Duke and other sites for several years.

Currently, transplanted hearts have an average lifespan of about 10 to 15 years. With durability limited by the toxicity of immune-suppression drugs, other options have long been sought.

The research is at the nascent stages and just one possible method scientists are testing in hopes of inducing what’s called immune tolerance to a transplant.