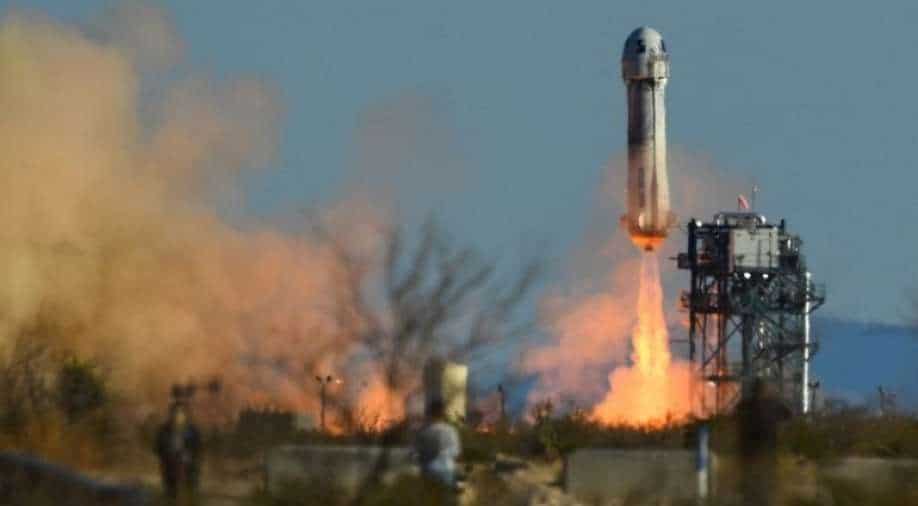 The space tourism venture launched by entrepreneur Jeff Bezos blasted off from the company's Launch Site One base in west Texas with six crew members.

Gary Lai, chief architect of the New Shepard programme, who was a part of the crew said "I felt my skin pulling taut," as the New Shepard spacecraft soared to an altitude of 66 miles (106 km).

"Someday you're going to see us launching every single week," he said.

Views of a borderless Earth from space #NS20 pic.twitter.com/0FIHvvMs69

Lai replaced comedian Pete Davidson, the boyfriend of reality star Kim Kardashian, who canceled his participation when the planned launch was postponed from its original March 23 date to allow time for additional pre-flight tests.

The unique rocket has reusable, zero greenhouse gas emissions. It crossed the Karman line that marks the start of space.

While in space, the passengers unbuckled their seatbelts and enjoyed a few minutes of weightlessness, taking in the majesty of Earth before the capsule re-entered the atmosphere

Meanwhile, his competitor Elon Musk's SpaceX is targeting next week to fly three tycoons and a former astronaut to the International Space Station on the Axiom-1 mission.

However, the crew involved in the mission insists they're doing serious research work rather than going on vacation.