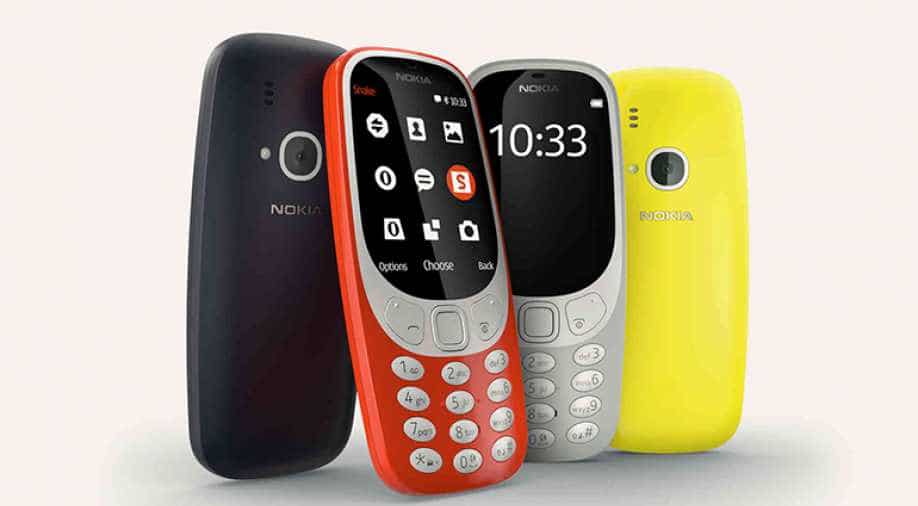 HMD Global, the new maker of Nokia phones, has finally launched the redesigned Nokia 3310 phone in India. Priced at Rs 3310, the new Nokia 3310 will be available in India from May 18. It will come in four colours - Warm Red and Yellow (both with a gloss finish), and Dark Blue and Grey (both with a matte finish).

“The new Nokia 3310 takes the iconic silhouette of the original and reimagines it for 2017. The custom designed user interface brings a fresh look to a classic, whilst the 2.4-inch polarised and curved screen window makes for better readability in sunlight,” says Nokia.

The new phone boasts 22 hours of talktime and and one month of standby time. It comes with a micro-USB port for charging.

Like the old Nokia 3310, the redesigned model also comes with the classic Snake game. The new free Snake game is designed to be played with groups of friends making it even more playable than the first time around.

Other features of the new Nokia 3310 include a 2 megapixel rear camera with LED flash, headphone jack, 2G connectivity, FM radio, MP3 player, 16MB storage with a microSD card support for up to 32GB.

While the Nokia 3310 comes in both single and dual-SIM variants, the company has introduced the latter in India.

The phone was first unveiled to the world back in February 2017.