Kanye West stirs up controversy with nude celebrities in 'Famous' 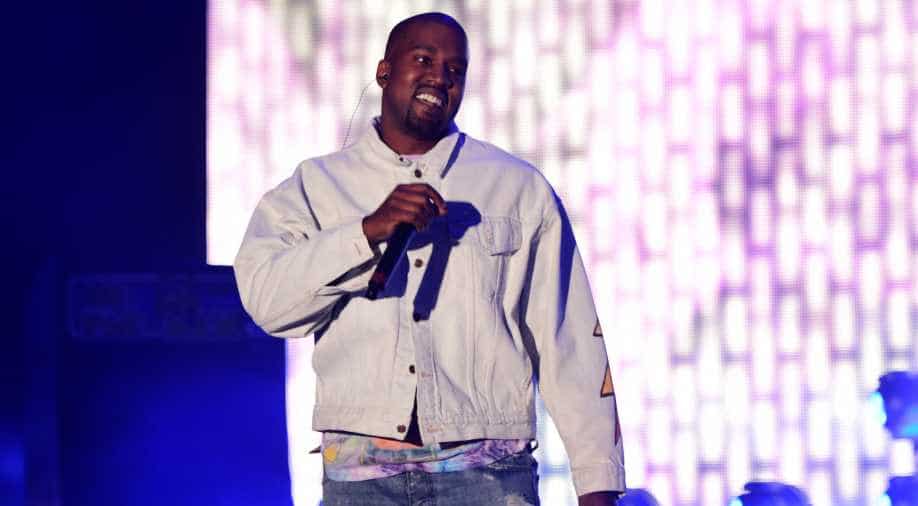 The video quickly became a trending topic online over the weekend especially due to West's complicated history with Swift. Photograph:( Getty )

The music video for Famous, which premiered on E! News, featured low-resolution footage depicting 12 celebrities sleeping next to each other with West situated in the middle, nestled between Swift and his wife, reality star Kim Kardashian.

E! blurred out depictions of breasts and genitals. It is not known if the portrayals are paintings or wax statues, but in some cases it appears to be the actual celebrity posing.

The video ends by pausing on the sleeping faces of Swift, Rihanna and Brown over the audio of heavy breathing.

E! News host Jason Kennedy said, "Kanye wants everyone to know this is not a video. This is an art visual."

The imagery for Famous is inspired by artist Vincent Desiderio's 2008 painting Sleep, which featured people in various states of undress sleeping next to each other.

Desiderio called West's video "a tableau that was disturbingly familiar, rapturously beautiful and frighteningly uncanny", in an essay published on Monday for W Magazine.

West, known for often embarking on rambling "tweetstorms" on social media, held the first screening of the "Famous video in Los Angeles late on Friday.

The video quickly became a trending topic online over the weekend, especially due to West's complicated history with Swift.

The rapper famously interrupted Swift's acceptance speech at the 2009 MTV Video Music Awards and snatched her microphone award out of her hand. The duo buried the hatchet at last year's MTV Video Music awards, but the truce did not last long.

The two fell out again in February after West's song Famous, off his latest album The Life of Pablo, featured the lyric "I feel like me and Taylor might still have sex, I made that bitch famous".

West claimed Swift had approved the lyric, but the pop singer's representative said Swift was never aware of the lyric and had cautioned the rapper about the "strong misogynistic message" in the song.